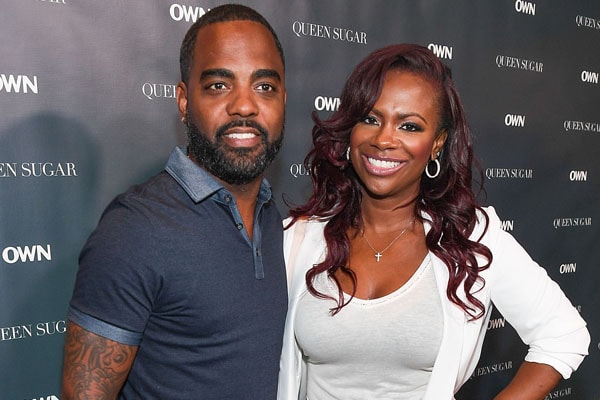 The Grammy Award-winning star Kandi Burruss married her husband Todd Tucker on the 4th of April, 2014. They exchanged vows at Le Fais Do-Do in Atlanta, Georgia and the couple was together for two years before exchanging vows.

According to Kandi, it is the longest relationship that she has ever had. As mentioned earlier, they have been together for over six years now and still the love doesn’t seem to be fading away. When asked about the reason behind that, Kandi replied that she is never bored with her husband, Todd Tucker.

The relationship between Kandi Burruss and her husband Todd Tucker is a relationship goal to a lot of their fans. Just a month ago, Kandi Burruss’ husband Todd Tucker celebrated his 45 birthday. Tucker’s wife Kandi threw him an all Michael Jordan-themed birthday bash. Todd was delighted with what his wife had done for him. He further stated that it felt like a high school dance.

Both the pair looked terrific while rocking the Jordan jersey. Kenya Moore, Porsha Williams, and Shamea Morton were some of the guests at the party to share the joy of Todd’s birthday party.

Along with that Kandi Burruss and her partner, Todd Tucker went on a blissful vacation to celebrate their 4th marriage anniversary. It looks like Kandi and Todd had a “baecation” they wanted.

While attending a show “Watch What Happens Live with Andy Cohen,” one of a fan asks Kandi about the rumors of their divorce for which Kandi Burruss’ husband Todd Tucker reaction was hilarious. Later Kandi also responded that it was all fake and both of them are still in love with one another.

Kudos to the lovely pair of Kandi and her husband. Plus we all hope their love will pass the test of time.