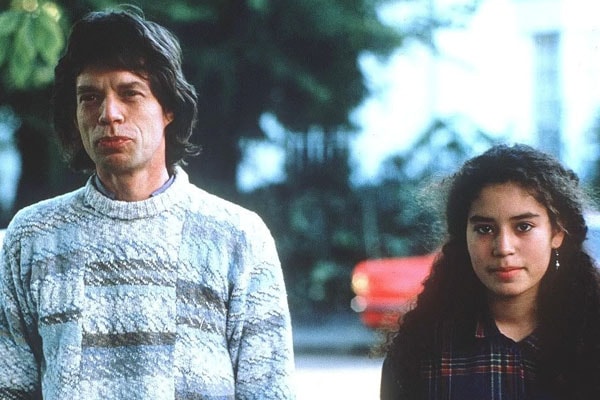 The Rolling Stones’ lead singer Mick Jagger‘s daughter Karis Jagger was born on the 4th of November, 1970 in London, UK. Karis is the eldest child of Mick whom he had with his ex-partner, Marsha Hunt.

Karis Jagger’s full name is Karis Hunt Jagger and is the only child of Mick and Marsha though she has got seven half-siblings from her father’s side. Apart from that, Karis is a volunteer and a philanthropist who has got a degree in modern history from Yale University. Here are some facts about Karis Jagger, daughter of Mick Jagger.

Karis Jagger Has Got Seven Half-Siblings

As stated earlier, Karis has got seven young half-siblings from her father’s side. She has got a half-sister named Jade Sheena Jezebel Jagger, Mick Jagger’s daughter with ex-wife Bianca Jagger. Then she has got four other half-siblings, Mick Jagger’s children with ex-partner Jerry Hall, Elizabeth ‘Lizzy’ Scarlett Jagger, James Leroy Augustin Jagger Georgia May Ayeesha Jagger, and Gabriel Luke Beauregard Jagger.

Karis Jagger Once Was Disowned By Father Mick Jagger

In the past, when Karis was still a youngling, Mick’s lawyers tried to claim that he was not the father to avoid child support. But later on, when Mick Jagger’s girlfriend L’Wren Scott committed suicide, Karis was front in line to support her father.

Karis was firmly by the side of her dad, Mick, when his girlfriend was laid to rest.

Unlike other children of Mick Jagger, Karis is reportedly very private and is far less fond of the limelight. She is yet to make her introduction in the world of social media. She has got an Instagram account though, which she has kept on private.

The name Karis is of Greek origin in which it means Grace or Phonetic.

As for the name Hunt, it is of ancient Anglo-Saxons origin. Hunt is derived from hunta, an Old English word meaning hunter.