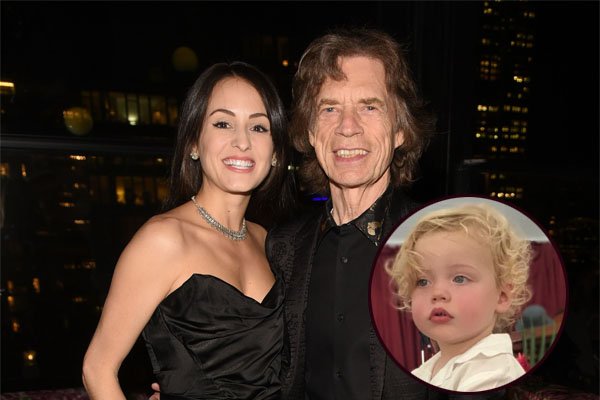 Deveraux Octavian Basil Jagger is Mick Jagger’s youngest son with his partner, Melanie Hamrick. He was born on 8th December 2016. The adorable Deveraux has seven half-siblings who are way older than him. Some of his half-siblings are Lucas Maurice, Morad Jagger, and Karis Jagger. Deveraux’s dad, Mick Jagger is the lead singer of the popular band ‘The Rolling Stones’ and one of the greatest lead singers in the world.

Unlike Mick Jagger, Deveraux’s mum, Melanie Hamrick is a professional American ballet dancer. Deveraux’s parents are very artistic and have achieved fame in the world. They love and give precious time to their son, Deveraux. So, maybe they define the perfect example of a good parent. But it might be a ‘what!!’ kind of moment for you guys as Deveraux’s parents are still not married.

Mick Jagger’s son, Deveraux Jagger is very close to his mum. She takes him with her most of the time. The mother-son duo loves to roam around exciting and beautiful places. She often surprises her followers with the photos of her adorable child.

Melanie Hamrick gives updates about her son via Instagram. Deveraux’s mother never fails to pour the excitement and happiness in his life. It is crystal clear that she loves her son more than anything in the world.

We didn’t mean to say Mick Jagger hates his son. It’s just that Melanie gets to spend more of her time with Deveraux. Mick may have a busy schedule to give precious time to his son but he also loves him as much as Melanie.

Deveraux’s Parents Are Yet To Marry

Even though Deveraux is Mick Jagger’s youngest son with his partner, Melanie Hamrick, they have not married yet. They have been in a loving relationship which is still deep and young despite having a huge age gap of 43 years.

Mick Jagger and Melanie Hamrick started dating each other in 2014. It has been over 4 years that they have been loving each other together. Mick Jagger also bought a Townhouse for her worth $7 million as a gift of love. That way we can also predict that Deveraux is living a luxurious and splendid lifestyle.

Looks like they have set up their mind and planned their future. Maybe they don’t want to make headway their love to the next level but have a constant love for their whole life. Nobody said that marriage is a compulsion to prove one’s love. So, Deveraux’s parents may have planned to be an unmarried couple. Or do they have plans to marry? A confusing debate indeed.

Deveraux is a variant word of Devreux which means ‘Évreux’, a town in Normandy, France. Octavian is a Latin word meaning born eighth and lastly, Basil is originated from the Greek language that refers as ‘Royal’.