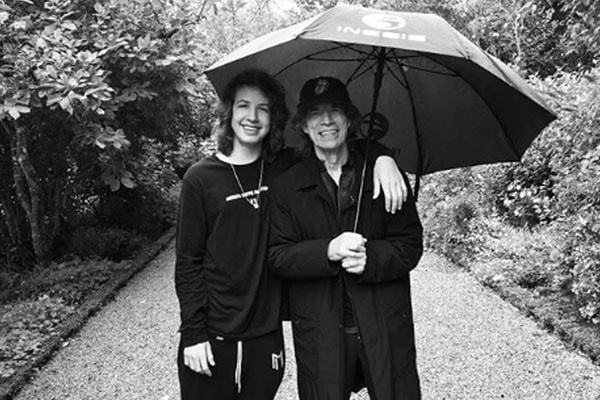 The rock legend Mick Jagger‘s son Lucas Maurice Morad Jagger was born on the 18th of May, 1999. Lucas Jagger is the seventh child of Mick Jagger. Mick had Lucas with his with his ex-lover Luciana Gimenez.

Lucas’ parents Mick and Luciana were in a relationship when Mick Jagger was still married to his ex-wife Jerry Hall. Lucas has got seven half-siblings from his father’s side and one half-sibling from his mother’s side. Here are some facts about Mick Jagger’s son Lucas Jagger.

Lucas Has Got 8 Half-Siblings

Lucas Maurice Morad Jagger’s father Mick Jagger is a proud father of 8 children. So by that Lucas has got seven half-siblings from Mick’s side. His eldest half-sister’s name is Karis Jagger, Mick Jagger’s daughter with ex-partner Marsha Hunt. Then there is Jade Sheena Jezebel Jagger, Mick’s other daughter with Bianca Jagger, his ex-wife. Along with that, he has got four other half-siblings named Elizabeth ‘Lizzy’ Scarlett Jagger, Georgia May Ayeesha Jagger, Gabriel Luke Beauregard Jagger, and James Leroy Augustin Jagger, children of Mick Jagger with ex-partner Jerry Hall.

And then Lucas has his youngest half-brother named Deveraux Octavian Basil Jagger, son of Mick Jagger with his girlfriend Melanie Hamrick. As from his mother’s side, he has got a younger half-brother named Lorenzo Carvalho, Luciana Gimenez’s son with ex-husband Marcelo de Carvalho.

Lucas Jagger Has Got A Great Bond With Father Mick Jagger

Despite Lucas staying in Brazil and Mick residing in the UK, there is an excellent bond between the father-son duo. Plus whenever Lucas uploads a photo on his Instagram, Mick makes sure to comment on his son’s picture. By this, we can see the love Mick has got for his son.

The handsome Lucas Jagger has got lips like his rock star father, Mick. And as per Luciana, Mick is passionate about his kid Lucas.

Like many folks out there, Lucas has got a liking for soccer. And as being born and spent most of his childhood in Brazil, it is not a huge surprise that he loves the Brazilian soccer team.

Along with that he is a massive fan of the franchise Star Wars too and uploads a lot of photos relating them.

Having an Instagram account with over 245k subscribers as of November 2018, Lucas also has got his YouTube channel. He collaborates with his different friends and uploads them on his YouTube channel “N^3.” Most of his contents are vlogs.

All in all, Lucas Jagger is a great person. And a fun fact about Lucas is that he has got a lot of nephews and nieces who are elder than him which include Amba Isis Jackson and Assisi Lola Jackson, Jade Jagger’s children with her husband DJ  Adrian Fillary.