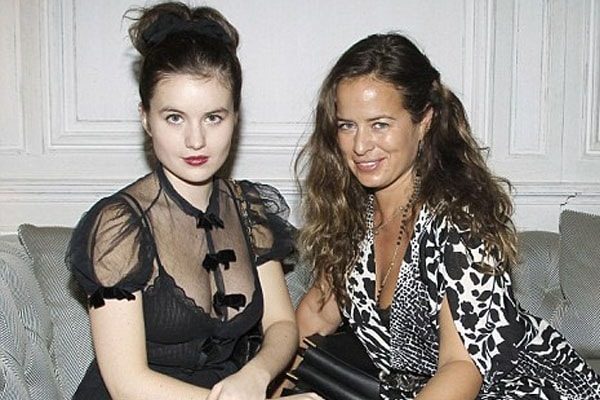 Jewelry designer Jade Jagger‘s daughter Amba Isis Jackson was born on the 26th of May, 1996. Jade had her second child Amba with her ex-partner Piers Jackson.

According to Amba’s Instagram description, she is a textile and a clothes maker. Her Instagram profile is filled with clothes and other stuff she made. At times she acts like a model and flaunts the dress that she made with her hands. And it looks like her mother Jade supports her in her decision.

Amba Isis Jackson attended Pratt Institute in New York, and according to her elder sister Assisi Lola Jackson, she excelled academically and used to work her socks off. There is also a lovely pair of bonding among the two sisters. Not just the sister but, Amba is also very close to her mother, Jade Sheena Jezebel Jagger or Jade Jagger in short. The trio of Amba, Assisi, and Jade are often spotted having fun moments at different places.

Along with her mother Jade, Amba Jackson is also very close to her artist father Piers Jackson.

In the past, she was dating her handsome beau named Frankie Legrange. The pair of Amba and Frankie lived in London. The gorgeous Amba stated that she and Frankie were studying in the same school and soon would be getting married.

Amba Jackson met Frankie when they both were just a child in Mustique where Frankie’s father has a villa, and so does Amba’s rock grandfather Mick. It is not sure though whether Amba and her partner are still together or not as many sources reveal to us that Jade Jagger’s daughter Amba Isis Jackson is possibly single. Mick Jagger’s granddaughter Amba Jackson has surely grown up.

The name Amba is mostly used in Hindi speaking countries which means compassionate or a mother.

As for the name Isis, it is derived from its association with the goddess Isis of the Egyptian pantheon.