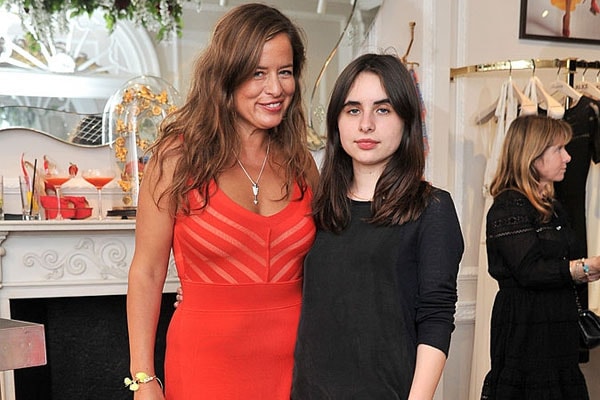 Jade Jagger‘s daughter Assisi Lola Jackson was born on the 2nd of July, 1992. Assisi is the eldest daughter of Jade, whom she had with her ex-partner, Piers Jackson.

Assisi Lola has got a younger sister named Amba Isis Jackson. Plus she also has a half-brother named Ray Emmanuel Fillary, Jade Jagger’s son with husband DJ Adrian Fillary. The gorgeous Assisi has got a lovely daughter named Ezra Key whom she had with her partner Alex Key.b

According to reports, a normal labor time for a new mom is about eight hours. But while giving birth to her daughter Ezra, Assisi had a course of nearly 72-hours. During that time, her mother Jade Sheena Jezebel Jagger or Jade Jagger, in short, was by her side. Throughout her contractions, Jade and Assisi held one another’s hand and walked around the Cornish countryside. This alone proves that how strong bond the daughter-mother duo of Assisi and Jade has got.

Unlike her grandfather Mick Jagger, Assisi has got a small family of three including her partner Alex Key and daughter Ezra Key. Assisi Jackson’s husband Alex Key is a chef who tears back and forth from the north coast of Cornwall to London.

And as for her daughter Ezra, she is too focused on being adorable who loves to chew on brightly colored newsprint. With Ezra Ray being born, that makes Mick Jagger a great grandpa. A silly fact is that Jade’s son Ray is just a month younger then Assisi’s daughter Ezra while Ezra being the niece of Ray.

The name Assisi comes from a lovely Italian place which is a Tuscan hill town.

As for the name Lola, it is a short form of the name Dolores which means sorrows in Spanish.