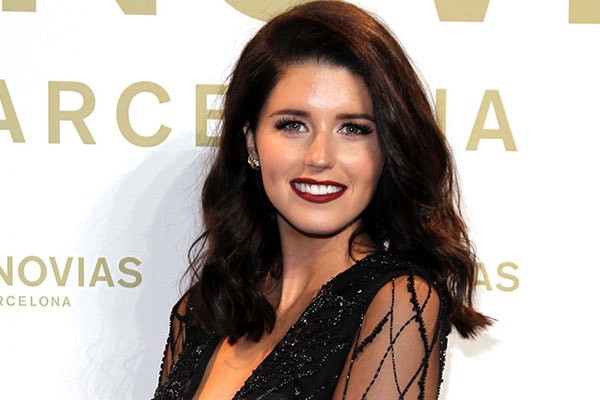 Arnold Schwarzenegger’s daughter with Maria Shriver, Katherine Schwarzenegger, was born on December 13 in 1989. Katherine is an American author and known widely for her book: Rock What You’ve Got: Secrets to Loving Your Inner and Outer Beauty from Someone Who’s Been There and Back. Katherine has three siblings – sister Christina Schwarzenegger, and two younger brothers, Patrick and Christopher Schwarzenegger. Katherine also has a half-brother through her father – Joseph Baena.

Moreover, the American author is no longer a bachelorette! Katherine tied the knot with Avengers super-hero, Chris Pratt, on Saturday, June 8, 2019. Speaking of Chris, he has a net worth of $40 million.

Katherine Schwarzenegger Is An Author

Arnold Schwarzenegger’s daughter, Katherine Schwarzenegger, isn’t just known to be the child of one of Hollywood’s most pronounced actors. She released her maiden book, a biography called Rock What You’ve Got: Secrets to Loving Your Inner and Outer Beauty from Someone Who’s Been There and Back, in October 2010. Further, many people extensively acclaimed the book for its positivity message.

The volume delves on Katherine’s own life and how she dealt with body insecurities. All while simultaneously encouraging women of all shapes and sizes to recognize their beauty and feel proud of what they’ve got! She also has a lifestyle blog, Katherine, read by many people worldwide. After graduation from the University of Southern California in 2012, Katherine released another book called I Just Graduated…Now What. It deals with the advises the author garnered from people in different fields.

Katherine then proceeded to publish a children’s book, Maverick and Me on September 5, 2017. Besides, the book is based on Katherine’s pet, Maverick. The story dwells around an abandoned dog, Maverick, who meets a little girl, Scarlett. Scarlett adopts him and gives him a loving home. Moreover, the story draws attention to the need for fostering dogs like Maverick who need shelter.

A post shared by Katherine Schwarzenegger (@katherineschwarzenegger) on Sep 16, 2017 at 3:25pm PDT

Katherine Schwarzenegger also organized a book signing event for Maverick and Me. Unsurprisingly, a lot of people showed up to get their copies signed as well as to take a picture with the gorgeous author! The author’s pet even has his own Instagram page.

The beautiful writer married the prominent Guardians of the Galaxy and Jurassic World star, Chris Pratt, on June 8, 2019. The marital ceremony took place at San Ysidro Ranch in Montecito, California. Most noteworthy, Schwarzenegger, 29, and Pratt, 39, made their marriage public through their respective social media pages.

The duo wrote that it was the best day of their life and they felt very blessed. They continued to thank their family and friends. The couple was donned in Giorgio Armani. Hollywood stars including John Krasinski, Gwyneth Paltrow, James Gunn, Priyanka Chopra among others were quick to congratulate the newlyweds! The pair met through Katherine’s mother, Maria Shriver.

Above all, Chris Pratt made their relationship official on Katherine’s birthday with a post on his Instagram where he thanked her for being in his life. Also, Pratt has a six-year-old son, Jack Pratt, with former wife, Anna Faris.

From the Latin origin, the name Katherine means  “Pure, Clear.”