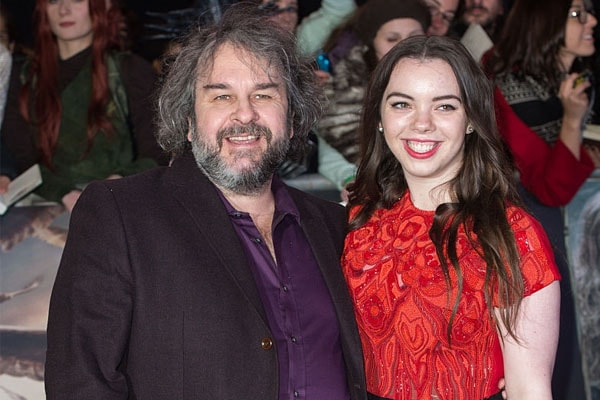 The famous director, Peter Jackson‘s daughter Katie Jackson was born on the 25th of July, 1996 at Wellington, New Zealand. Peter had Katie with his wife, Fran Walsh.

The beautiful Katie is not the only child of Peter Jackson. Katie has an elder brother named Billy Jackson. Katie Jackson has done many cameos in the ‘The Lord of the Rings’ movie trilogy. Even though she might not be as popular as her parents.

Katie Jackson’s Cameo in “The Lord of the Rings”

Katie is lucky to be part of such famous franchises. Well after all her father Peter Jackson is the director of those movies, so it is not a big thing for her.

The gorgeous Katie Jackson has got a lovely relationship with her old man. The father-daughter duo can be often spotted in the premiers of different movies, award shows, and various events. And most of the time, Katie wears a dress that matches with her father’s dress.

Alongside that, Peter Jackson has got a YouTube channel under his name.where he uploads his movies’ trailer. Well once he uploaded a video with his daughter Katie in it while flaunting his Oscars which featured actor Peter Capaldi too who portrayed the character of Dr. Who back then.

The name Katie has a Greek origin. In Greek, Katie means Pure.