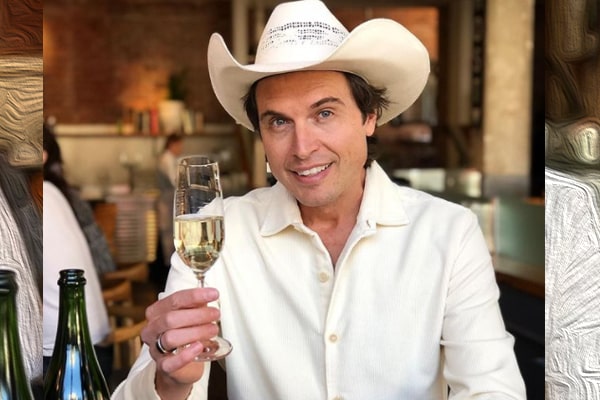 Kimbal Musk is a reputed name in the food industry. He is practically working for the betterment of the food Americans eat and is teaching children about gardening.

Besides earning multi-million dollars, Musk is also a responsible father of two kids from his first marriage with ex-wife-cum-business partner, Jen Lewin. We have talked enough about Kimbal Musk, his wife, Christiana Musk, and even his net worth.

Now, we shall tail Kimbal Musk’s children, the Musk bunch, Luca, Stella, and August Musk. Bear with us to know what they are up to.

Aforementioned, Kimbal Musk is a proud father of three kids, Luca Musk being the oldest. He had the first taste of fatherhood with his first wife and business partner, Jen Lewin.

According to BHW, the former Musk pair welcomed their first child in 2003. Unfortunately, there aren’t many details about Kimbal Musk’s daughter, Luca, on the internet. Moreover, she prefers privacy over the spotlight, and hence, her Instagram is probably private.

Further, Kimbal never uploads pictures of his first child on any of his social media handles. Therefore, it only makes sense that Musk made a conscious decision to raise his kid away from the social scrutiny.

Well, wherever Luca is growing, she must be having the best time of her life learning entrepreneurship and art from her mother, Jen. Like her father, her artist/designer mother refrains from sharing pictures of her baby girl on her social media.

Thus, let’s hope she grows up learning many business tactics from her parents alongside her brother, August.

As mentioned earlier, Kimbal welcomed two kids with his ex-wife, Jen. The former pair were married for a few years before parting ways after babies.

Kimbal and Jen welcomed their second child, a son, August Musk, and instantly decided to keep him away from the spotlight. It often becomes challenging to maintain privacy with the growing popularity, but the former Musk pair successfully buries their son’s identity.

Furthermore, Kimbal rarely shares pictures of his baby boy on his social media handles and rarely speaks during interviews. One such exception was when he revealed August often spends his time after school as an administrator for the popular game, Minecraft.

Christiana Musk, August’s step-mother, also posted his picture once with a vague caption. Other than that, his media presence is very minimal, which is partly understandable.

Often, Kimbal is mistaken to have welcomed three kids with his ex-wife, Jen. However, it looks as though he welcomed two kids from his previous marriage.

Although it is not clearly stated, Stella Musk could be Christiana Musk’s daughter. She is often featured on both Kimbal and Christiana’s Instagram and accompanies various events with them.

Stella is greatly loved and is taught about her father’s venture. She also gets to learn about gardening and in-depth knowledge about entrepreneurship.

During an interview, Kimbal revealed that their parents need to be one, for a kid to be entrepreneurial. Therefore, Stella has perfect examples in her home and ideal people to look up to. She is currently focused on her studies, and her mother, Christiana, often uploads cute pictures of her studying in her animal pajamas.

Kimbal and his brother, Elon Musk grew up in a broken family, and he understands the strain one has to go through to adjust to the situation. However, he seems to have taken control of his kids’ awkward situation from his previous marriage.

Sadly, not much is given away about Kimbal Musk’s children, but we can indeed presume that they will grow up learning about entrepreneurship and the value of hard work. Also, the trio must also be close with their cousins, Isabeau Musk and Grayson Musk who are Tosca Musk‘s children.

Thus, we cannot wait to see them grow and hear about them in the future.

The name Luca means “bringer of light” and has an English origin. Likewise, August means ‘to increase’ and has a Latin origin. Similarly, Stella has an Italian heritage, which means star.