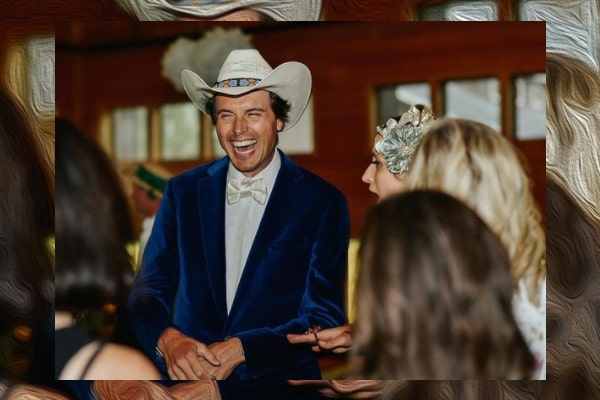 The first person one thinks of when hearing the name Musk is Elon Musk. But behold, his brother, Kimbal Musk, is a prominent name in the food industry and promotes sustainability. The philanthropic restaurateur-cum-entrepreneur managed to earn millions through his ventures.

Furthermore, Kimbal Musk’s net worth has escalated since he cunningly sold 30,000 shares of Tesla shares in the open market in early 2021. Therefore, let’s look into Tesla’s +0.61% board member Kimbal’s wealth and earnings from here on. Also, stick with us to learn the sum he made after selling Tesla shares.

Kimbal Musk’s earnings from his ventures are massive. Starting as an entrepreneur, he managed to make impressive bucks, and as he teamed up with his brother, Elon Musk, his income curve has escalated surprisingly.

Although it is unclear the exact worth, Kimbal Musk’s net worth is estimated at at least $543 million, according to Wallmine. However, let’s do our own maths and break down his career earnings from here on.

Aforementioned, Kimbal Musk’s entry into the entrepreneurial world began before he was an adult with his brother, Elon. The Musk brothers went to Tiffany & Co in NYC and sold their father’s emeralds for more than 10x the price.

As a result, Kimbal’s first entrepreneurship was a residential painting business with College Painters in 1994. Alongside the painting startup, he and Elon started their second company, Zip2, an online city guide that provided content for the online versions of the NY Times and Chicago Tribune newspapers.

Kimbal and Elon sold the company to Compaq for $307 million in 1999. He later invested in several young software and technology companies, including his brother’s venture X.com which later merged with Paypal.

After the multi-millionaire decamped for New York, Kimbal enrolled and graduated from the French Culinary Institute. He later opened The Kitchen Boulder with his ex-wife, Jen Lewin, and Hugo Matheson. Likewise, Kimbal also served as the CEO of OneRiot, an advertising network for the real-time social web, for five years from 2006.

Hence, it wouldn’t be unfair to say that Kimbal Musk’s heavy amount was amassed through his ventures since his early 20s, which led him to become one of the most successful restauranteurs of the generation.

Earnings From Restaurants & Other Ventures

As stated before, after X.com, Kimbal went on to graduate from the French Culinary Institute in New York. By 2004, he opened The Kitchen Boulder, a community lounge with ex-wife Jen Lewin and Hugo Matheson.

The former CEO of OneRiot also opened Next Door American Eatery on Pearl Street Mall. It is a growing restaurant concept and is open in ten locations by 2019. The Kitchen owner owns two other major food companies, i.e., Big Green and Square Roots.

As the co-founder and executive chairman of The Restaurant Group, Kimbal’s earning must have been significant, adding several zeros to his existing net worth.

Therefore, Musk’s earnings as a board member of Chipotle must have helped him add a couple of zeros in his bank accounts besides owning his own multi-million businesses.

Alongside running three successful food businesses, he is also a board member of SpaceX and Tesla, among others. He further makes impressive bucks from sharing his stocks.

Aforementioned, Kimbal Musk’s wise investments and cunning businesses have earned him several million. Besides, he reportedly owns 12,000 units of Tesla Inc stock worth or $439,834,943. Similarly, he has sold several stocks worth over $91,594,035 throughout his decade-long relation with Tesla Inc.

Moreover, the most prominent trade Musk has ever made was selling 64,285 units of Tesla Inc stock in 2019 worth over $22,503,607. Here are Kimbal Musk’s trades, according to Market Watch.

Even after all the sales, Kimbal still owned 599,740 Tesla common shares. Currently, Musk’s stake estimated worth is about $496.8 million at February’s close.

As mentioned earlier, Kimbal Musk not just earns money but actively takes part in charity as well. Alongside his culinary passion, he can also be called the ‘food activist.’

In fact, a good chunk of Kimbal Musk’s net worth goes to the funding of charities of his interests. He also founded Big Green, a non-profit organization dedicated to educating the dynamic of gardens and food.

Each of Musk’s The Kitchen’s branches donates a percentage of their sales to help plant Learning Gardens in their community. Similarly, Next Door hosts ‘4U’ events to raise money for local schools every Monday night.

The talented entrepreneur, Kimal aspires to revolutionize the food world and has been actively working for it with the help of his business partners and life partner, Christiana Wyly.

Lives In An Impressive Country Home In Boulder

The owner of The Kitchen and Next Door restaurant, Kimbal Musk, has some taste in homes. He currently lives in a 6,8– square foot mansions purchased at $6.7 million in 2017.

Musk previously lived in a rather unusual home, a 3000 sq. feet gray Victorian home, which belonged to the lieutenant colonel of the First Colorado Regiment in 1891.

The stunning traditional Victorian home became a replica of their NY apartment after being purchased for $1 million in 2002. It was renovated for nine months for another $1 million while keeping a few traditional details.

Well, it seems as though Kimbal Musk is a fan of having historical homes and erasing their traditional tastes as he bought an unfinished spec house for $2.7 million in 2007. He later devoted $18 months erasing its ‘traditional Tudor flourishes.’

Kimbal Musk is likely to own at least one Tesla among other big brands in the car industry. He did reveal that he’s not super materialistic during an interview but has a lovely house in Boulder, owns a car and a bike. Hence, he happily lives with his wife, Christiana Musk, and kids.

If not for the physical trauma, I highly recommend the psychological awakening. 11 years ago today – Valentine’s Day 2010- I became a new person. I broke my neck and it snapped me into someone who decided to live life with a more meaningful and mindful existence. I’m thankful. pic.twitter.com/fLF719kbAt

Furthermore, Kimbal Musk’s net worth is bound to increase more in the coming days, so let’s hope he prospers much in the future. You might already know the Musk family consists of creative minds and entrepreneurial people. Thus, in the end, let’s look into Kimbal Musk’s mother and siblings’ net worth roughly.

Kimbal Musk’s Family and Their Net Worth

Aforementioned, the first name that pops up after we hear Musk is Kimbal Musk’s brother, Elon Musk. The business magnate Elon Musk’s net worth is $180.6B, and he is listed as the second richest man in the world.

Furthermore, Elon once became the richest man with a net worth of $197 billion, much ahead of Amazon founder Jeff Bezos, who was worth $189 billion at the time.

The CEO of Tesla, Elon Musk’s rocket company, SpaceX, is valued at $74 billion after its latest funding round in February 2021. He remains one of the most influential people to date.

On the other hand, Kimbal and Elon Musk’s sister, Tosca Musk, seems to be grounded about her earnings. However, she is in the film industry with several commercially successful films under her credits. Moreover, she also owns an entertainment platform and production company called Passion Flix. Therefore, Tosca Musk’s net worth must be massive like her brothers.

Moreover, the momma in the Musk family, Maye Musk‘s net worth, is estimated at $20 million. The mother of three appeared nude on Time magazine and New York magazine and became CoverGirl’s oldest spokesmodel at age 69 in 2017.

Looking through the Musk family’s riches, it is clear that all of them have found success in their respective field.