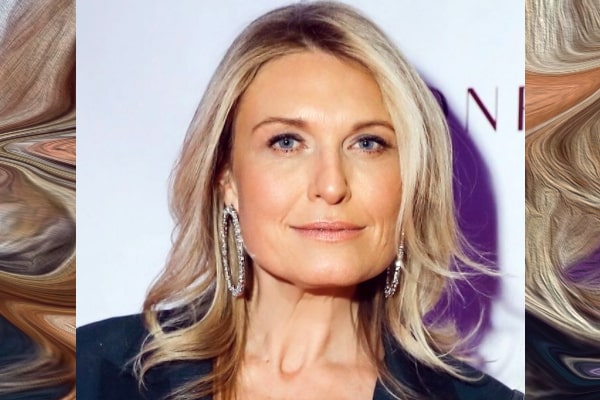 Tosca Musk's net worth is mostly aided by her career as a producer and director. Image Source: Tosca's Instagram.

Tosca Musk is the youngest of three Musk siblings. Born to Maye Musk and her ex-husband, Errol Musk, in 1974, Tosca has managed to make a name for herself in the entertainment industry. The South African filmmaker is an executive producer, producer, and director of feature films & web series.

Hailing from the Musk family, Tosca Musk’s net worth and success are often compared with her brothers. Kimbal Musk and Elon Musk. Therefore, let’s find out her earnings and wealth altogether to find out if she’s rich like her millionaire & billionaire brothers.

As mentioned earlier, the South African filmmaker Tosca Musk’s earnings must be ginormous from her work as a producer-cum-director. She has been profusely prioritizing her privacy, but her success speaks the amount.

Therefore, the co-founder of Passionflix, Tosca Musk’s wealth must be massive, if not close to her brothers. Hence, let’s break down her mysterious sum of amount and make sense of her insanely high net worth.

A Producer & Co-Founder of The Musk Entertainment

The oldest in the Musk family, Elon Musk, dreams of bringing human revolution to life, and Kimbal became conscious about American food and gardening. However, the youngest Musk sibling, Tosca Musk, chose her career in filmmaking.

In doing so, Tosca produced and directed her first feature film, Puzzled, in 2001 with Musk Entertainment. The University of British Columbia graduate in film spent eight years working for Alliance Communications Corporation before producing movies and web series under her own banner, Musk Entertainment.

According to Tosca Musk’s IMDb, she has 49 movie credits as a producer, 15 as a director, three as a writer, and two as an actress. Some of her highly successful movies are Driven, The Matchmaker’s Playbook, Hollywood Dirt, Simple Things, etc.

Therefore, Tosca Musk’s earnings must have been massive from all the movies she’s worked as a producer-cum-director. Besides directorial role, she also appeared in Tiki Bar‘s two episodes in 2007 & 2009 and Henry X.

The average salary of a producer ranges from $52K to $120K per year, according to Glassdoor. However, the paycheck can vary with the experience and education. Therefore, Musk’s net worth must have increased massively throughout her active years since the 90s.

Also Read: Learn How Much Is Mike Evans’ Net Worth

Tosca Musk, like her brothers, wanted to start something new. Hence, she co-founded a Netflix-esque platform and production company that specializes in steamy adaptations of romance novels.

Tosca co-founded the company with writer Joany Kane and producer Jina Panebianco. According to Tech Crunch, Tosca’s venture raised $4.75 million in seed funding allocated toward original production. The investors in Tosca and others’ ventures include Dana Guerin, Patrick Cheung, Bill Lee, and her brother, Kimbal Musk.

Since Passionflix’s establishment in 2017, it has released ten plus originals and two series adaptations. Tosca is working on Wicked by Jennifer L. Armentrout, Gabriel’s Rupture by Sylvain Reynard, etc.

Tosca was always optimistic about her streaming platform and produced movies for less than $1 million each and targeted an original film or series every two months. Since the co-founders hail from a film-making background, the process became a lot smoother. And Passionflix must have doubled its worth by 2021, which ultimately aids in Tosca Musk’s earnings.

Before Owning Her Musk Entertainment and Passionflix

A person learns from his experience, and Tosca Musk’s resume is pretty impressive in that term. As mentioned earlier, she worked at Alliance Atlantis as the director of development of Magnolia films for a year from January 1999 to May 2000.

Tosca also worked as a consultant for Polite in Public, Inc for a year from 2010. Well, the salary range of a consultant is from $62K to $140K per year, so Tosca must have supported her bills smoothly.

Moreover, Musk worked as producer and business development at Johnson Management Group for two years since 2010. Likewise, her role as the head of the production in Protocol Entertainment, Inc must have helped her double zeros in her bank account.

After co-founding a streaming-cum-production company, Tosca shows no sign of slowing down. In fact, she is reportedly filming Gabriel’s Rapture. Hence, we sure will be hearing more of her in the coming days with her impressive works.

Although the actual figurine of Tosca Musk’s total asset is yet to be revealed, she is living a comfortable life with her babies.

Is Tosca Musk Richer Than Elon Musk And Kimbal Musk?

The actual wealth, i.e. their skills cannot be measured, and all three Musk siblings are equally talented in their own field of expertise. Moreover, Tosca Musk’s wealth is a secret, while her brother, Elon Musk, is the second richest man in the world with a total net worth of $175.5 billion.

Likewise, Tosca’s brother, Kimbal Musk’s net worth, is estimated at at least $500 million following his ventures in the food industry. On the other hand, she has built her own empire in the film industry and continues to work hard.

Hence, Tosca Musk might not be the richest in the family, but her education and skills are tangible assets. As a result, she works every day, looks after her babies, Isabeau Musk and Grayson Musk, and lives a comfortable and happy life.

Although we know Tosca Musk’s primary cash flow comes from her filmmaking career, we sure want to know about real assets. Nevertheless, we are hopeful to hear more about her venture since she is not slowing down anytime soon.