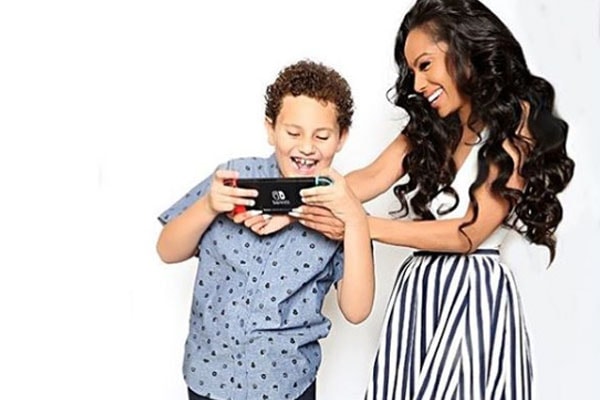 The Love & Hip Hop star Erica Mena‘s son King Conde was born on the 1st of March, 2007. King Conde is the only child of Erica Mena, whom she had with her ex-partner, Raul Conde.

King Conde’s mother, Erica Mena, was just aged 18 when she was pregnant with King and was19-year-old when she gave birth to him. His mother married the American rapper, Saafaree Samuels, on Oct 1, 2019. As for Raul Conde, he is probably single.

There is always a special thing between a mother and son, so is the case with Erica Mena and her son King conde. Well, Erica doesn’t upload a lot of photos of her only child, but when she does, we can see the lovely pair of bonding between the two. Momma’s boy, King Conde, tends to keep himself out of the limelight and live a normal and low-key life.

According to Celebrity Insider, King allowed his mom to post some of his pics and videos of him. However, the kid does not seem to be hyped about social media and all. Erica said that King said to her, “Mom, social media is corrupt and extremely malicious. I want no parts, Mommy.” Erica Mena’s son is unlike other kids and likes to keep his life very private.

Nevertheless, Erica Mena’s son King Conde too, has got an Instagram account under the alias of “kingjavients,” though it is on private at the moment. According to King Conde’s profile description, he likes his family, legos, video games, Minecraft, and other fun-filled stuff.

One of the perks of being the child of a celebrity is that you always get to celebrate your birthday grandly. Whenever it is King’s special day, his mama Erica makes sure that her son gets the best and gets to spend his day in a fun-filled manner.

In one of King Conde’s birthday, Erica presented her son with seven different birthday cakes and once celebrated it in a private yacht party. Sounds fun, doesn’t it? And whenever Erica celebrates the special day of King, she makes sure to snap it and give a glimpse of her fabulous life to her fans, and as Erica Mena has a net worth of $1 million, she surely can afford that.

Now only time will tell us if King Conde will follow the footsteps of his mother Erica and enter into the entertainment industry or choose a different path.

King Conde Has An Adorable And Cute Half-Sister

On Feb 2, 2020, Erica and her husband, Safaree Samuels welcomed their daughter into the world. The whole family was so excited with such great news. King was certainly so much delighted to be an elder brother to his half-sister.

King is probably going to love his sister infinitely and will always be there for her. Perhaps he is going to look after his young sister and be a responsible brother as well.

But the couple has not revealed the name of the baby yet. Maybe they are waiting for the right time to surprise their fans with their daughter’s name soon enough.

The name King is from Old English, which means a tribal leader.