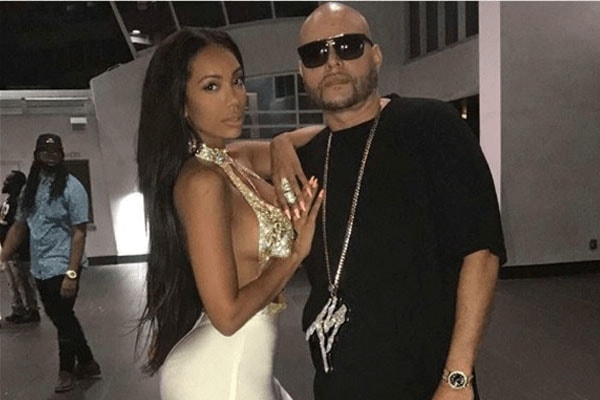 Raul Conde, Erica Mena‘s ex-partner and father of her son King Conde is an American rapper. Raul is a member of the Hip Hop band Terror Squad. The Love & Hip Hop star Erica Mena and Raul Conde welcomed their son King on March 1, 2007. However, the ex-couple split from each other due to the abusive relationship they had.

The gorgeous model turned actress Erica Mena, gave birth to her son King Conde when she was just nineteen. She is a really popular American television personality, but her ex-partner Raul Conde is not as famous as her. So, let’s get to know a little something about him.

Raul Conde’s feud video with Erica Mena is more popular than the rapper himself. The footage of Erica fiercely attacking Raul circulated over the internet back in 2011. It seemed like she poured out every bit of her rage upon her baby’s father, Raul. Later in 2014, she opened up about their public dispute with VLAD TV. She explained that she wanted to get over the control of her then partner Raul Conde.

Whatever happened in the past, it has been stated that Raul and Erica are on good terms now. Well, they should be for their son King’s sake. Time and again, Erica can be seen spending quality time with her son King. Since Erica gave birth to her son while she was just a teenager, the mother-son duo looks more like friends, and they act like one too.

Apart from that, we can only guess Erica Mena’s son King Conde has a strong bond with his father. We can assume the father-son duo loves hanging out together doing a bunch of things. They might also enjoy each other’s company, well to be fact, we can’t say for sure that the father-son duo actually shares a lovely relationship with one another or not.

The father of Erica’s son Raul lives a quite secretive life. As he is not so active on social media, we assume that he is living a social life away from media and cameras. Maybe he is also busy jotting down lines about his life just like his ex-partner Erica did. Erica is the author of an autobiography titled Underneath It All.

Raul Conde has not been linked with any other women since his break up with former partner Erica. It’s not the same in the case of Erica. She exchanged her vows with her fiancé, Safaree Samuels. Plus, the pair have already welcomed their first child a daughter on February 2, 2020.

As Raul Conde is out of the spotlight, we wonder if he has already met the love of his life, or he is yet to find one. Whoever he finds, we hope he treats her well, not like he treated Erica.