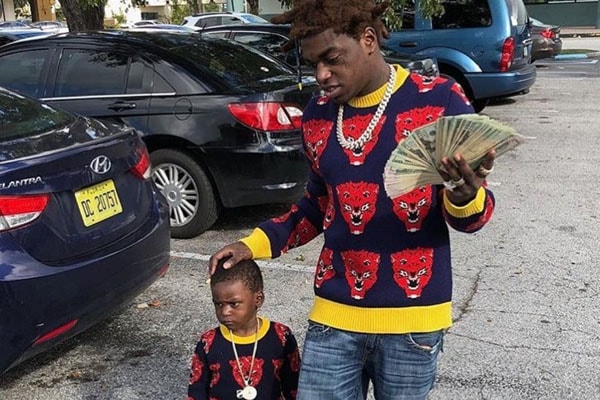 For a while, Kodak Black didn’t have a clue that his son even existed. His baby mama Jammiah Broomfield had kept quiet of their son until the little King Khalid was one. It was only after that that Kodak knew that he had a son.

There has been a long-term battle going on between Kodak Black and his baby mama Jammiah over the custody of their son King Khalid. The rapper Dieuson Octave aka Kodak Black had filed a lawsuit against his ex-partner Jammiah and a man named Tavon Jajuan Session, possibly Jammiah’s partner to gain the temporary custody of his child.

In order to get more access to his son King Khalid, Kodak Black had made a motion for “temporary time sharing and other relief.” But the request was denied by the  Broward County Family Court judge. There were no exact details of the denial, but it could be Kodak’s pending criminal cases.

The teen rapper Kodak has accused his baby mama of several accusations and stated that Jammiah Broomfield uses Khalid like an ATM. It’s every parents’ right to spend time with their children, and Kodak noted that he was tired of his ex-partner demanding more money everytime he wants to see his boy.

Kodak Black who has turned his name to Bill K Kapri further stated that Jammiah only allows him to visit his son is when he shells out money to her. We feel sorry for the little King Khalid who has to go through such hardship at such a young age.

In an Instagram video, we can see the little son of Kodak Black asking him to take him away. King Khalidexclaims he wants to go on the tour with his father Kodak. If Kodak gets the full custody of his son, then King will also inherit his father Kodak Black’s estimated net worth of $2.5 million.

The name King has an English origin which means ‘monarch or head of the state.’

As for the name Khalid, it is a popular Arabic name which means “eternal.”