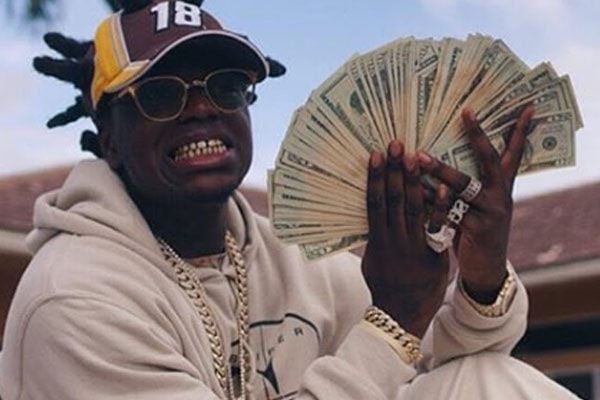 Kodak Black has an estimated net worth of $2.5 million

The “Tunnel Vision” rapper Kodak Black‘s net worth is estimated to be $2.5 million. Kodak accumulated his massive fortune from his successful endeavor as a professional rapper.

Dieuson Octave aka Kodak Black has been involved in music since his early age. At the age of twelve, he was a member of the Brutal Youngnz, a rap group. Later on, he was affiliated with another group called Kolyons. Kodak didn’t have a great childhood as he was arrested numerous times for robbing money as a means to support his family.

Well even after being a rich rapper, Kodak Black has had his showdown with cops and laws many times.

Kodak Black Net Worth and Earnings

The Pompano Beach musician Kodak Black’s Net worth is estimated to be $2.5 million. In the past few years, Kodak Black’s songs have been a massive hit it in the music industry which has allowed him to accumulate such enormous net worth. Koda Black’s primary source of earning is his rap songs. Over the years he has released a number of hit songs which has gained millions of views on YouTube.

In one of Kodak Black’s songs titled “TRANSPORTIN,” he doesn’t hesitate to flaunt his riches. Looking at the music video, we can imagine how wealthy the 21-year-old rapper is. He shows off his luxurious cars, big house and plenty of cash. As the video is mostly filled with color orange, it gives us a feeling that “Orange is the new black” as most of his belonging is orange in color.

Kodak has a YouTube channel where he uploads his music. According to Social Blade, the channel generates an estimated earning of $182.9K monthly.

The “Tunnel Vision” rapper Kodak Black has got a lavish lifestyle. He loves showing off his riches on his social media handle too. In one of his Instagram videos, we can see Kodak flexing his huge and sparkling diamond chains, rings and bracelets while popping of a champagne bottle.

While enjoying his deluxe life, Kodak was arrested for many charges including possession of weapon and marijuana. A couple of weeks ago Kodak was released after serving seven months in prison. After releasing Kodak Black changed his name to Bill K Kapri.

In just a short period of time, there has been a huge upliftment in the Net worth of Kodak Black.