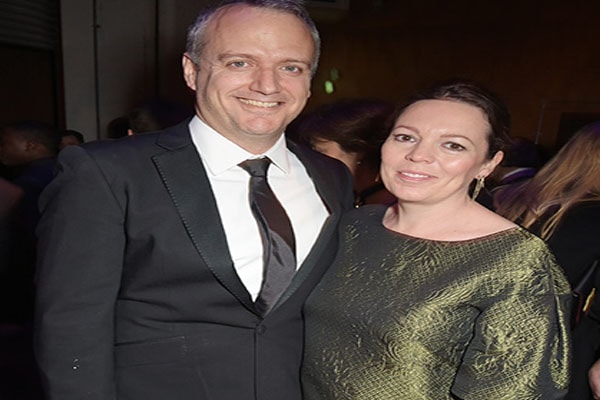 The talented English actress, Olivia Colman has altogether three children whom she had with her husband, Ed Sinclair. In 2005, she gave birth to a son named Hall Sinclair. The couple had the second son named Finn Sinclair in 2007.

Hall and Finn have a younger sister who recently got born in 2015. The interesting facts about Olivan’s children are that all are born in August.

The mother of two lovely kids, Olivia Colman, was working in the series Night Manager until she was eight months pregnant with her daughter. She even returned to work nine months after her delivery to begin the final series of Broadchurch.

The award-winning actress is seen in a lot of pictures with her on-screen family and kids. However, It is hard to find pictures of Olivia Colman with her real children. Olivia Colman probably couldn’t provide much time for her children because of her busy schedule or she might want to keep them in shade. The public have rarely noticed them together. Not only that, the 44-year-old actress is involved in many sectors. She works in BBC, TV series and helps to interpret the story of other people.

Oliva Colman’s Sons Are Keen To Protect Their Privacy

As of 2019, Hall Sinclair is 14 years old and Olivia Colman’s second son Finn is 12 years old. There is no extra information about Olivia Colman’s sons. It seems both sons aren’t interested in getting public attention. However, we can predict that both young guys are playful and are currently going to school. They might have been delighted for having a younger sister.

The British Star announced her third pregnancy when she was explaining the reason for being unable to take part in a big-screen of her short film The Karman Line.

Olivia Colman’s family is expected to be related mainly from Norfolk. Mother of three Olivia is not clear about her mother’s generations.

She feels that some of her great-great members are forgotten. Olivia’s such remarks would have aroused curiosity among her kids.

Stay with eCelebrityMirror for News, Entertainment, and Celebrity Babies