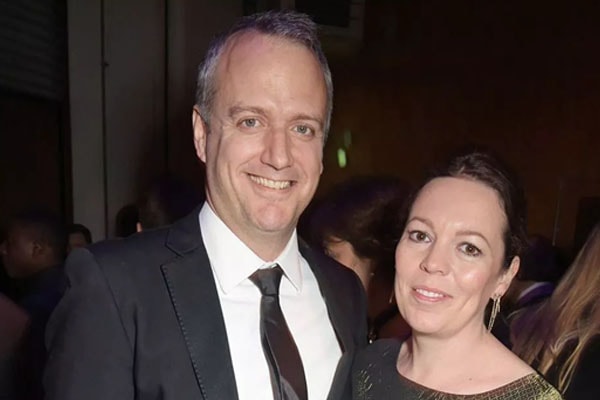 The American actress Olivia Colman‘s husband Ed Sinclair is a writer and an actor like her. The lovely pair of Olivia Colman and Ed Sinclair got married in the year of 2001. With Olivia, Ed Sinclair has got three lovely children, two sons named Hall Sinclair and Finn Sinclair, and a daughter whose name have still not been disclosed.

Ed Sinclair originally studied law but later on decided to pursue his career as a writer. Here is how it all began for Olivia Colman and her husband Ed Sinclair.

The lovebirds first met one another at Footlights during the production of Alan Ayckbourn‘s Table Manners and it was probably ‘love at first sight’ for them. The actor and writer Ed Sinclair studied at Cambridge University, and so did his wife Olivia Colman. So we can basically call them college sweethearts.

The Peep Show actress Olivia stated that, when she first saw Ed, she thought he’s the bloke that I am going to marry. She further added that as both were in their twenties, and considers themselves lucky to have met when they had nothing.

Alongside being known as Olivia Colman’s husband, Ed is also known for the BBC Two series ‘Look Around You.’ In the series, Ed Sinclair played the role of Michael/Montgomery The Butler. Ed Sinclair’s wife Olivia Colman was also one of the show’s stars who appeared in six episodes.

Ed and Olivia are also one of the celebrity parents who don’t want much attention for their younglings. Let’s say they have never revealed he faces of their children to the media.

Olivia Colman and her husband Ed Sinclair have been married for over 17 years now and are still going together. Let’s hope they will always remain the same.