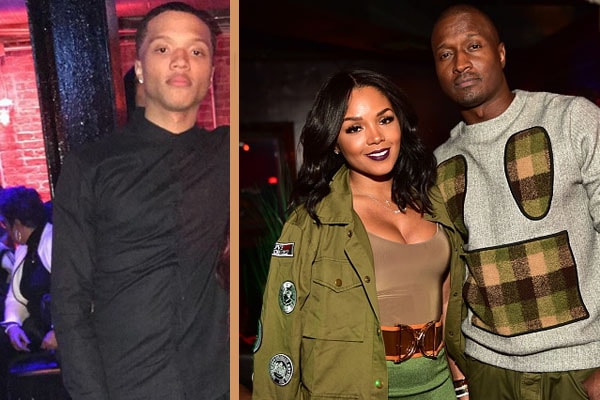 The American rapper Rasheeda‘s son Ky Frost was born on the 4th of October 2000 in Georgia. Rasheeda had Ky with her husband, Kirk Frost.

Ky Frost arrived into this world only after a few months prior to his mother Rasheeda’s debut solo album Dirty South. Ky Frost’s mother Rasheeda is also a good friend of Kandi Burruss who herself has two children named Riley Burruss and Ace Wells Tucker.

Here are some facts and details you need to know about Ky Frost:

Despite being in a relationship for 19 years, Rasheeda and Kirk Frost just have two sons between them and Ky is the eldest one of Rasheeda. The mother-son duo has an impeccable bond. When Ky attended his first prom, his mother Rasheeda was really proud of him.

The Love & Hip Hop: Atlanta star Rasheeda uploaded her son’s photo alongside his prom date, Madison. Many fans stated that Madison looked a lot like Rasheeda.

Ky Frost has a younger brother named Karter Frost. Alongside that, Ky also has got two half-sisters named Cherry Frost and Kelsie Frost, and half-brothers named Caed Frost and Young Frost. All in all, Ky has got a lovely bond with every one of his siblings.

Ky Frost, son of Rasheeda, might not have a lot of followers on other social media platforms, but he sure has got a lot on Instagram. With over 78.3K followers on Instagram, Ky Frost is something of a social media star himself. He doesn’t upload a lot of pictures, but whenever he does, it generates thousands of likes and hundreds of comment in it.

Ky usually uploads his photos and at times alongside his family.

One thing we all learned this time around is ya family everything n u gotta appreciate every moment u got cuz all of a sudden u can’t nomo. Happy birthday @frost117 good to see ya smile?

Rumours About Being Gay

In the past, a rumour had arisen stating that Rasheeda’s son Ky Frost is gay. Not just that, Jacob Grisby, Ky Frost’s alleged gay partner’s mother confronted Rasheeda. Well, to date, no official confirmed details have been released by either  Rasheeda or her son Ky Frost.

Ky Frost Has Got A Unique Name

We have to admit one though, Rasheeda has chosen one unique name for her son Ky. Maybe many people have not even heard the name like Ky. The name Ky is of Celtic-Gaelic Origin which means strait of water.