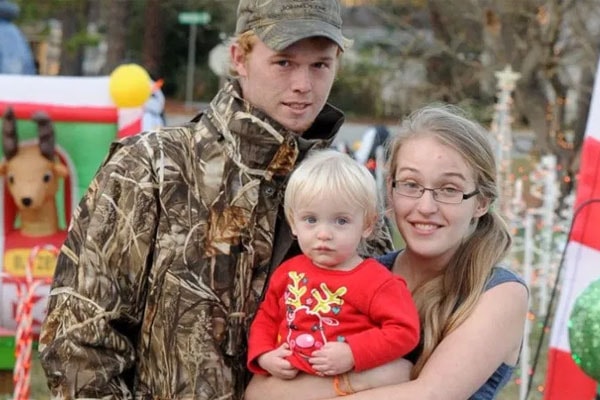 Anna Shannon‘s daughter Kylee Madison Cardwell was born on 9th of December 2015. Anna aka Chickadee had Kylee with her estranged husband Michael Cardwell whom she married on 3rd of May 2014 in Georgia. However, Kylee’s parents Anna and Michael settled their differences and got separated in April 2017 after three years of their happy married life.

Kylee Madison Cardwell is not the only child of her mother Anna Shannon. She has an elder half-sister named Kaitlyn Elizabeth Clark who was born in 2012. Kaitlyn was born from Anna’s previous relationship with her ex-partner Caleb Clark.

Kylee Madison Cardwell Receives Love From Both Of Her Separated Parents

The 3-year-old Anna Shannon’s daughter Kylee Madison Cardwell is quite a lucky child as she receives love and attention from both of her parents. Although Kylee’s parents might be separated but their daughter holds the relation of the family as a whole.

Looking at Kylee’s father Michael Cardwell’s Instagram account, it is very obvious that he couldn’t live without his lovely adorable daughters. The father and daughters often seem to spend their quality time together.

According to some rumors, Kylee’s parents Anna and Michael threw her gender-revealing party at Kaitlyn’s third birthday ceremony.

Being the victim of child molestation herself, Kylee’s mother Anna cares for her daughter deep down from her heart. Reportedly earlier, Anna had to go through some horrible experience. Anna’s mother Mama June had a huge falling out after her hanging out with Mark McDaniel, the man found guilty of molesting Anna when she was eight years old.

Just like every mother in the world fears for their daughter’s safety, Anna too wants her daughter to grow and live free from any women abuses.