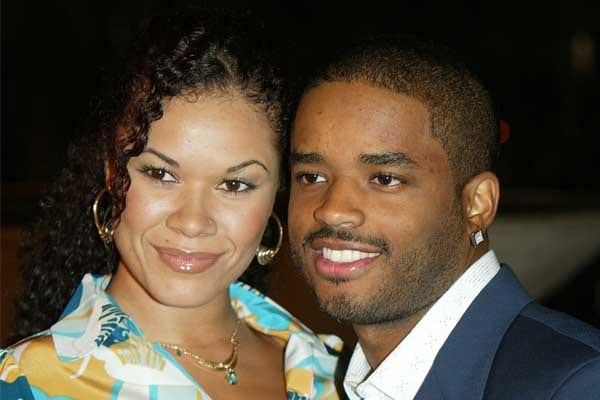 Larenz Tate, an American film and television actor, is best known for his roles in movies like Crash, Menace II Society, Ray, and many more. He is currently sharing his marital life with his better-half, Tomasina Parrott. The couple exchanged their vows on 30th November 2006 and are proud parents of four lovely kids.

In today’s world, many people’s marriage doesn’t even last a year, so being married for nearly fifteen years is a big thing. The lovely couple of Larenz and Tomasina are not only married but are living a happy life with their kids. Larenz says friendship, compatibility, and true love are the ingredients for a successful marriage. That said, let’s learn more about their love life and their four lovely children.

Larenz Tate and his better-half Tomasina welcomed their first child Miles Xavier Tate on the 29th of July, 2006, before their marriage. They say it was the next big step in their relationship, and the moment they saw their son was just remarkable and amazing. Like all celebrity parents, Larenz has also kept information regarding his son a secret. Maybe he is just protecting his son, or he might just be concerned regarding his son’s safety.

Apart from that, Larenz Tate’s son Miles Xavier Tate, at times, can be seen with his parents attending different events. Not much is revealed regarding his son, but we can only assume Miles is living a comfortable life alongside his brothers.

The lovely couple welcomed their second son after they were married to one another. Larenz Tate’s son Zander Tate was born on the 27th of June 2008. Both Miles and his younger brother Zander have been seen with their parents spending some much-needed family time together. As mentioned above, Larenz is a well-celebrated actor, so he is mostly spending time out of the house working. But unlike most of the celebrities, he tends to spend as much time possible with his kids whenever he is free.

Apart from that, we can only imagine that the family of six is living a wonderful and comfortable life. As addressed earlier, neither Larenz nor his wife has posted anything regarding their children.

Zion and the Fourth Baby

Larenz Tate’s third son Zion Tate was born in November of 2013. Like we have already talked, Larenz has not revealed any information regarding his kids, besides their name. So, we can only assume how much of a great dad he must be and how wonderful plus caring mother Tomasina must be. The family of six must go on a family vacation where they must enjoy their time together.

Moving on to Larenz’s fourth son, the actor hasn’t revealed the name of his kid. ‘The Tate family is expecting new recruitment,’ this news was first disclosed by Claudia Jordan when she shared a picture of Tomasina with a baby bump. Later, Kristina Baker Bellamy and Bill Bellamy were seen celebrating the baby shower and the new recruitment party.

To conclude, both Larenz and his beau Tomasina are lovely parents who are raising their four kids as delicately as possible. They are also really protective parents as they have kept the media away from their kids’ backs.

Larenz Tate’s first child, Miles Xavier Tate’s name, is of Latin origin, meaning boastful soldier. As for Zander Tate’s name, it is the phonetic equivalent to Xander, a short form of Alexander. The meaning of the name is to defend the man. Zion Tate’s name is of Hebrew origin meaning highest point.