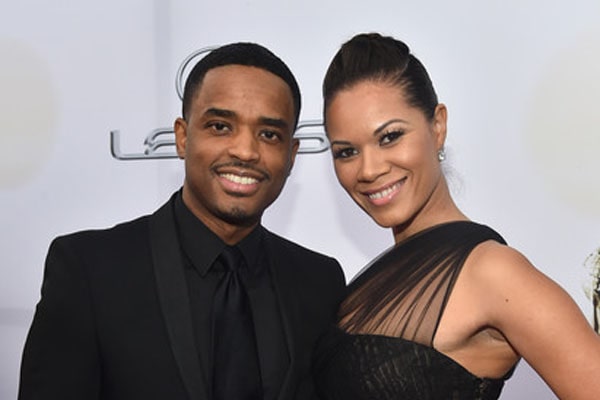 Larenz Tate is a family man who has got a beautiful wife named Tomasina Parrott. Together the couple has got three kids, Miles Xavier Tate, Zander Tate, and Zion Tate. Larenz Tate and his wife, Tomasina, married each other in 2006 and have been married for over 14 years now.

Larenz Tate is a talented American television and movie actor. He is famous for portraying the character of Peter Waters in the 2004’s hit American drama film, Crash. As for his gorgeous wife, Tomasina Parrott, she is a woman with many talents. She is an actress, dancer, and choreographer.

Married Life Of Larenz Tate And His Wife, Tomasina Parrott

The talented actor Larenz Tate married his wife Tomasina Parrott in 2006. Fourteen years have already been crossed, and the lovely couple is still thriving actively. These two have stood the test of time.

The “Love Jones” actor, like his character Darius Lovehall, must have won the heart of his wife Tomasina by smooth-talking and reciting poems. Even while being busy in his sets and movies, Larenz makes sure to take out time for his wife. The cute pair is often seen in red carpets and other significant events.

The marriage of many people doesn’t even last a year, and to go strong more than eleven years is “literally the marriage goal.” Like Larenz Tate and his wife, there is another couple who is married for over fourteen years. The ongoing pair of Thalia and Tommy Mottola is now married for over 20 years.

When asked about the essence of their long-lasting marriage, Larenz stated that friendship, compatibility, and true love are the ingredients for a successful marriage.

From their marriage of over 14 years, Larenz Tate and his wife Tomasina Parrott, are loving and caring parents to their three lovely kids. The eldest son of Larenz Tate, Miles Xavier Tate, was born on the 29th of July, 2006, before their marriage.

Tomasina Parrott and her husband, Larenz, welcomed their second son, Zander Tate, on the 27th of June 2008. And they had their youngest son Zion Tate in November of 2013.

The married couple, Larenz and Tomasina, are doing excellent as parents. Let’s wish the lovely couple of Larenz Tate and his gorgeous wife, Tomasina Parrott will stay together till the end of time.

The ‘Love Jones’ actor, Larenz Tate, hilariously joked that he and his wife, Tomasina Parrott, did not sleep on the same bed to avoid some “unforeseen accidents” from happening. Similarly, he expressed his love and admiration to his wife through that statement. Larenz also stated,

Well, going through Larenz Tate’s Instagram, he rarely shares his wife and children’s photos. So, it looks like he wants his family to live a normal life. Nevertheless, Tate is a family guy and love his gorgeous wife, Tomasina, and his kids from the bottom of his heart.