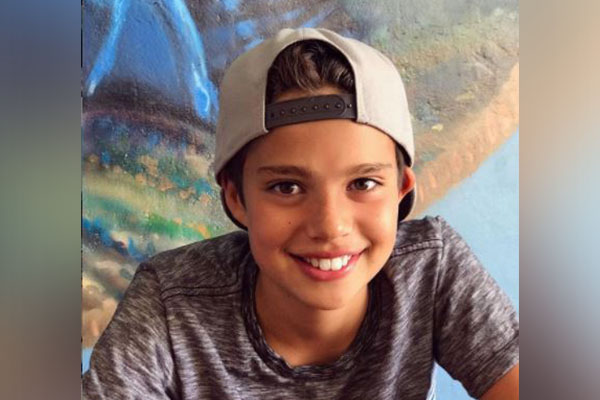 Brad Miller is a famous former Australian rules football player. He last played for the Richmond Football Club, and before that, he used to play with the Melbourne Football Club in the AFL. In his career as an AFL player, Miller won various matches and tournaments. His career came to an end in August 2012, when he and Kelvin Moore announced their retirement effective immediately. The reason behind their retirement was the calf injury that they sustained.

As stated earlier, the famous AFL player Brad Miller is the proud father of one. He had previously exchanged vows with the popular Australian fashion model and actress, Pia Miller. The duo met back in 2005 and started their relationship. The following year, in August 2006, Pia gave birth to their son, Lennox Miller. The former couple tied the knot in 2007, one year after the birth of their son. Sadly, their marriage could not last long. Eight years of their marital life came to an end when Lennox’s parents divorced each other in 2015.

Following the divorce, their son, Lennox Miller, stayed with his mother, Pia Miller. Both of Lennox’s parents have moved on with their lives. Shortly after their divorce, Pia was briefly engaged to Tyson Mullane. After her engagement with Tyson failed, she began dating Patrick Whitesell and is now engaged to him.

However, it is not revealed if Lennox’s father Brad is in a relationship or not. Nevertheless, the father-son duo of Brad and Lennox seems to be on great terms. Pia Miller’s baby with Brad Miller is growing up and is living the best and comfortable life.

Also Read: All The Children Of The Famous Boxer Adrien Broner

Has A Half Brother

Brad Miller’s son, Lennox Miller, is the only child of the couple. However, he is the second son of Pia Miller. He has an elder half-brother from his mother’s side. Before meeting with Brad Miller, Pia gave birth to her first son, Isaiah Powell or Isaiah Loyola, in March 2003. They have a great sibling bond, and both love each other. Lennox’s half-brother, Isaiah, is also a model, just like their mother.

As stated earlier, Lennox Miller is the only son of Pia Miller and Brad Miller. After the divorce, Pia was briefly engaged to Tyson Mullane and began dating Patrick Whitesell, who she is engaged to now. Lennox Miller’s soon-to-be stepfather, Patrick, is an American talent agent and CEO. He serves as the executive chairman of Endeavor, an entertainment and media Agency. Through the various business ventures that he has been involved in, Patrick’s net worth is $300 million.

Lennox loves to spend quality time with Patrick. In September 2020, they were spotted enjoying a lively basketball game in Sydney. Patrick also taught him how to shoot the basketball into the hoop.

Lennox Miller’s father, Brad Miller, has also earned considerably in his career. He had established himself as one of the successful AFL players. He might have taught his son few tricks, and who knows, Lennox could also follow in his father’s footsteps in the future. Well, no matter what he chooses in the future, Brad Miller’s son, Lennox Miller, will definitely find success in his life.

Nevertheless, he must be living a comfortable life with his mother and sibling in Sydney. We can only hope to learn more about him in the days to come.