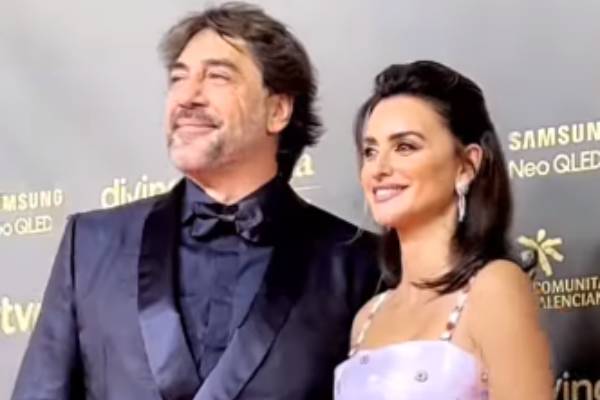 Penelope Cruz and her husband Javier Bardem has been married since 2010. Image Source: Penelope's Instagram.

Penélope Cruz‘s son Leo Encinas Cruz was born in January of 2011. Penélope gave birth to Leo together with her husband, Javier Bardem. Leo’s parents, Penélope and Javier, tied their wedding knot back in July 2010. The adorable couple has been together ever since and enjoying their married life.

Leo is not the only son of the Oscar-winning actress Penélope. Leo has a younger sister named Luna Encinas Cruz. The adorable Luna was born on 22th of July 2013 in Madrid, Spain.

Leo Encinas Cruz Is The Eldest Child In His Family

The cute Leo is the eldest child of his parents. He is the son of the gorgeous and talented Spanish actress Penélope Cruz. The talented actress won The Oscars for her excellent performance in Vicky Cristina Barcelona. Apart from that, she is also known for her roles in some cult classics like Vanilla Sky, Blow, and Nine.

Besides his mother, Leo’s father, Javier Bardem is also a famous actor. He co-starred Penélope in the legendary movie Vicky Cristina Barcelona. The handsome actor is originally from Spain, just like his wife. As stated earlier, Leo also has a younger daughter Luna who is two years younger than him.

Rumors say that Leo’s parents began dating early in 2007. However, the lovely couple got married in July 2010 in the Bahamas. In addition, the love birds are very private about their personal lives. They rarely talk or mention their kids.

Also Read: Get To Know About Maggie Gyllenhaal’s Daughter

Penelope Cruz’s Son Loves Being With His Parents

Obviously, every child wants to spend most of the time with their parents. Similarly, the 11-year-old Leo seems to enjoy being around his parents. But, of course, being a famous celebrity kid, different paparazzi often try to click his images. But, Leo’s parents have been successful to some extent in avoiding the media limelight from their son.

There is no doubt that Academy Award winner, Penélope seems very media conscious about her son Leo. Furthermore, she doesn’t involve him in any sort of media confrontation. In one of her interviews, Penelope mentioned that she wants her kids to grow outside the limelight as normal children. Well, we wish the Spanish actress and her family all the best for their future.

Leo is a male name of Latin origin with an obvious meaning for lion. Also, the word means “brave people.”