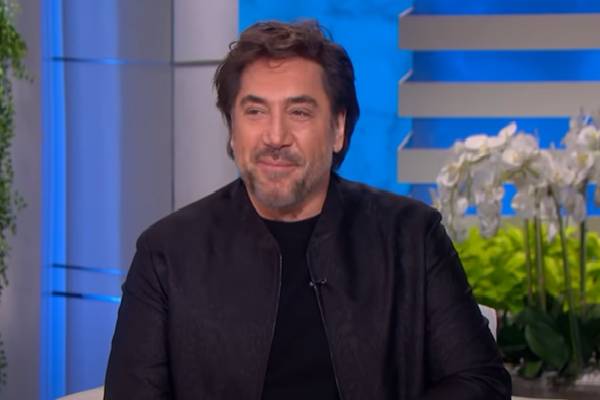 Born as Javier Angel Encinas Bardem, Javier Bardem is a Spanish actor well-known for his roles in blockbusters and foreign films. He is from a family of actors and has been working on movies since his early days of Spanish cinema.

With his outstanding acting skills, Javier Bardem has won more than 100 accolades, including an Oscar award for Best Performance by a Supporting Role through his work in the movie, No Country for Old Men (2007). But, with that said, everyone must wonder about the fortune he has amassed through his career.

So, in today’s article, let’s learn about Javier Bardem’s net worth.

Javier Bardem Net Worth And Earnings

Having been in the entertainment industry for over thirty years, the Before Night Falls actor has amassed both fame and fortune. According to Celebrity Net Worth, Javier Bardem’s net worth is $30 million. Thus let’s further learn how he accumulated such a massive fortune.

The Spanish actor was born on March 1, 1969, to an actress mother, Pilar Bardem, and father, Jose Carlos Encinas Doussinague. He made his Hollywood debut with a brief appearance in the crime drama “Collateral.” Eventually, Javier starred in Milos Forman‘s film Goya’s Ghosts, Love in the Time of Cholera, Biutiful, and The Good Boss.

Javier’s major income source is his acting career.  Apart from the above-mentioned movies, there are several other successful films that Javier has acted in. Some of the top-ranking movies which starred Bardem and their box office collection are listed in the table below.

As you can see, the actor’s movies are huge hits and amassed a vast amount at the box office. Hence, Javier Bardem’s net worth being $30 million is reasonable.

Besides being one of the most successful actors, Javier Bardem is also a producer with seven credits to his name. Some of the notable movies that he produced are Sons of the Clouds (2012), Thy Kingdom Come (2018), and Invisibles (2007).

Furthermore, Javier Bardem’s produced movie Loving Pablo grossed over $17.53 million at the box office. However, the cinematic real-life story holds a mixed or average rating. On Rotten Tomatoes, the movie has held a rating of 31% out of 48 reviews.

Well, Javier must earn a considerable amount with this title too. We hope to see him succeed more in the coming days.

Javier Bardem is a married man and currently living a comfortable life with his wife, Penelope Cruz, and two children, Luna Encinas Cruz and Leo Encinas Cruz, in his hometown, Madrid. Despite having a successful career in Hollywood, Javier and his family live in his hometown.

Prior, the actor and his wife used to live in their exotic Thai and Balinese-inspired house in L.A’s Hollywood Hills which was bought in 2005 for $3.18 million. However, they sold their beautiful house in November 2021 for $5.4 million. In addition, the famous couple was neighbors with Adele, Katy Perry, and Nicole Richie while they were living in a 0.27-acre house in Hollywood Hills

The talented actor must be living a lavish life along with his family. With his fortune, he can easily buy the house and cars of his dreams. Although the actor keeps his assets and lifestyles details away from the public eye, one can easily guess how luxurious his life is. Well, we hope Javier Bardem’s net worth continues to grow even more.

Aside from having a great passion for acting, Javier is also interested in protecting the environment and promoting human welfare. He is currently involved with Greenpeace International with his brother, Carlos Bardem, to protect the Antarctic Ocean.

Additionally, Javier and his wife, Penelope, made five years donation pledge for the Haiti school system back in 2010. The Hollywood couple made a deep help to the victims of earthquake-ravaged in Haiti. The couple donated $41K (£31,250) a year until 2015 to reconstruct the country’s school.

Nonetheless, the talented actor Javier Bardem has gained both fame and fortune, and not only does he live a comfortable life, but he also gives back a lot to society. Well, let’s hope he will continue to showcase his generosity and amazing acting skill in the coming days. We wish him a successful career ahead.