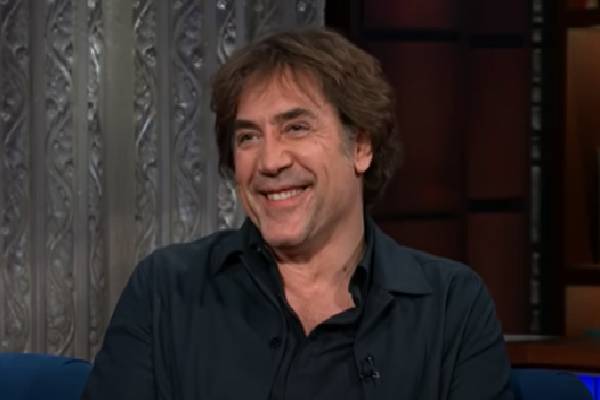 Javier Bardem is a Spanish actor who gained international attention through Julian Schnabel‘s movie Before Night Falls in 2001. His performance in the movie was phenomenal and he became the first-ever and only Spanish actor to earn a nomination for an Academy Award for Best Actor.

The Oscar-winning actor has become one of the most successful actors. Moreover, Javier has a star-studded family as his mother, spouse and elder siblings are well-known actors and actresses in the industry.

Javier Bardem and his siblings were born to their mother, Pilar Bardem, and father, Jose Carlos Encinas Doussinague. Pilar was a Goya Award-winning Spanish film and television actress, meanwhile, Javier’s dad had an unstable career. As per Bardem’s mother, his father changed his job more than ten times and had a capricious and violent will.

The Bardem sibling’s father was not that supportive of his family. Thus, their parents separated shortly after Javier’s birth, and their mother raised the actor and his siblings alone.

Sadly, Bardem’s father is no more. He passed away due to leukemia in 1995.

Carlos Is An Actor

Javier Bardem’s brother, Carlos Bardem, was born as Carlos Encinas Bardem. Like his younger brother, he is also involved in the entertainment industry as an actor. Carlos is the eldest of Bardem siblings.

Carlos Bardem is also famous for his work in Rodrigo Pla‘s Mexican-Spanish movie La Zona in 2007. For his performance, he won the 2008 “Newcomer Award for a Male” by Spanish Actors Union.

Besides his acting career, Javier’s elder brother also has a literary career. He has published many books, including a biography of his mother; “La Bardem,” a book of traveling across Mexico and the USA; “Muertes Ejemplares,” which earned a special mention from the jury in the Premio Nadal 1999.

Moreover, the La Zona actor is the winner of several awards with more than 70 acting credits, four writing credits, and two producer credits. Let’s hope we will see more of Javier’s brother in the coming days.

Javier Bardem’s Sibling Is Conscious About The Environment

Apart from being an actor and a writer, Javier’s brother is also interested in protecting the environment. Like his younger brother, he has been involved in the “Protect the Antarctic Ocean” campaign by Greenpeace International.

It is excellent for such influential members to take action for the environment’s welfare. The Bardem brother inspires us to protect the environment and take a step forward, even if it is small.

Let’s hope their mission is successful and the brothers continue to showcase their generosity in the future. As for his personal details, Carlos has not opened up much about him. So, it is unclear if Javier’s brother is married born not.

Monica Is Also An Actress And Restaurant Manager

Born as Monica Maria Encinas Bardem, Monica Bardem is a Spanish film actress. She was born as the middle child to her parents and grew up with her two brothers in Madrid, Spain. She is also recognized as the only sister of Javier Bardem and Carlos Bardem.

Monica Bardem is also famous for her career achievements. Her most famous works include Kika (1993), Not Love, Just Frenzy (1996), and Kety no para. Unfortunately, after playing only in a few movies, the actress quit acting in 1998.

The restaurant was not doing good for a few years, and sadly, they had to close it. The Bardem family, including Javier, Carlos, Pilar, and Monica Bardem, made a signed statement before closing the doors to customers.

Along with her successful career, Monica is also enjoying her life with her family. She tied the knot with Alfonso González Mazarrón in 2008. The civil wedding ceremony was held at the Casa de la Panaderia, in the Plaza Mayor, among family and friends. However, Monica’s little brother and his then-girlfriend, Penelope, only joined the celebration directly at the family restaurant.

Moreover, Javier’s sister has a son, Pablo, together with her husband, Alfonso, whom she gave birth to just after a few years of marriage. However, further details of her son is not disclosed yet. Monica must live a happy and comfortable life with her husband and son. We wish her more success both in her personal and professional life.

Javier Bardem’s siblings Carlos Bardem and Monica Bardem are doing great both personally and professionally. We wish them more success and happiness in their life.

Interesting Facts About Sianoa Smit-McPhee, She Is Kodi Smit-McPhee’s Sister