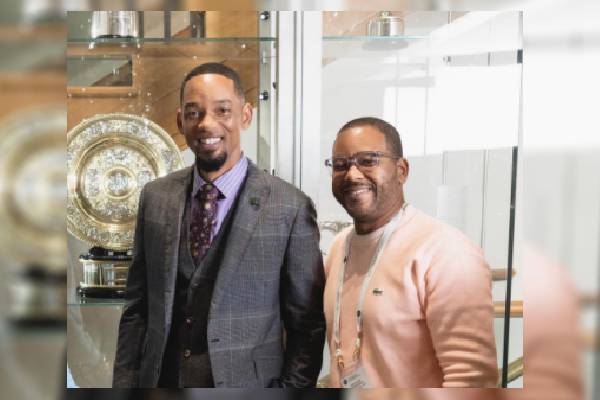 Will Smith, aka The Fresh Prince, is a world-renowned American rapper, actor, and film producer. Born William Carroll Smith II, Will has accumulated immense fame in the music, television, and film industry. In 2007, Newsweek announced him as the Most Powerful Actor in Hollywood. With outstanding skills, Smith has won several awards, including Grammy Awards and Golden Globe Award.

Considering his fame in the entertainment industry, it is evident that everyone is curious to know more about Will’s personal life. But more than that, fans are interested to learn more about his siblings. Hence, in today’s article, let’s explore more about Will Smith’s brother, Harry Smith.

Harry Smith and his twin sister Ellen Smith were born in 1971 as the third and fourth kids of their parents, Willard Carroll Smith Sr. and Caroline Bright. Pamela Smith was the eldest of the Smith siblings, while Will is the second child of their parents. The brothers and sisters grew up together in West Philadelphia’s Wynnefield neighborhood.

The famous star and his siblings’ life was not as joyful as now. They endured a traumatic childhood as their father was abusive to their mom.

In 2021, Harry’s elder brother Will Smith published a memoir named “Will.” The Fresh Prince revealed the unpleasant family secret, including the childhood trauma that the Smith siblings went through because of their father. He also stated that he wanted to kill his father but did not do so. But, Will made a promise to himself that one day he would avenge his mother for all the pain she had to go through.

Fortunately, their mother, Caroline decided to put an end to all the pain by separating from her husband when Harry was ten years old. But legally, Harry Smith’s parent’s divorce was only settled in 2000. Nevertheless, Caroline raised all her children decently, and as a result, Harry and his siblings are now living a successful life.

Aforementioned, Harry and his siblings grew up together and had to share a traumatic childhood. All of them supported each other, especially when their mother and father separated. Harry’s family shares a close bond with all the members, and he is especially close with his elder brother Will Smith.

After sharing the unpleasant experience, their bond grew even stronger. They understand each other’s pain and need and support in every situation. Let’s hope their bond grows stronger with every day that passes by.

Will Smith’s Brother Is An Entrepreneur

Harry Smith is an entrepreneur based in America and has found success in his profession. As already mentioned, Will Smith’s brother was born on May 6, 1971, together with his twin sister Ellen Smith.

Currently, Harry is the chairman and CEO of Smith Global Media, a production and distribution company. The company is presently in partnership with SPHE, Sony Pictures Entertainment.

Previously, Harry worked as a manager of his brother Will Smith. Furthermore, he also served as a realtor at Overbrook Entertainment, owned by his star sibling, based in Culver City, California.

Married To A Well-Known TV Personality And Model

Harry Smith is not only recognized as the brother of Will Smith, but he is also famous as a husband of a famous TV personality, former model, and social activist, Ananda Lewis. Although the couple has been together for many years, details about their marriage are still in shadow.

In addition to that, Harry is also a proud father of a daughter, Sydney Taylor Smith, and a son, Langston Smith. However, Harry seems to have welcomed Sydney with his previous partner as many sites have suggested that Langston is Ananda’s first child.

There are no details about Harry Smith’s daughter’s earlier life. But it is a known fact that Sydney is a Loyola Marymount University student and currently lives in Los Angeles, Meanwhile, his second child was born in 2011 and is a constant face on Harry’s Instagram.

As we can see, Will Smith’s brother Harry Smith is leading a happy and comfortable life. We wish them more happiness and prosperous life ahead.