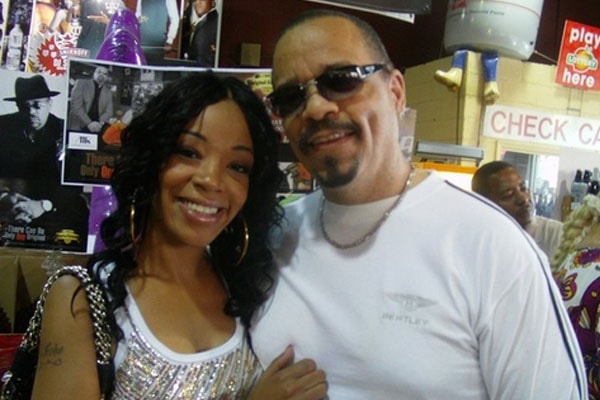 The “New Jack Hustler” singer Ice-T has two daughters and a son. Ice-T’s daughter Letesha Marrow was born on the 20th of March, 1976 to his ex-girlfriend Adrienne. Letesha is the eldest amongst all of Ice-T’s children.

The 42-year-old daughter of Ice-T, Letesha Marrow was raised by both of her parents. At that time Ice-T’s ex-partner Adrienne went to the same high school as him. As mentioned earlier, Letesha is not the only children in the family. She has a small sister and a brother named Chanel Nicole Marrow and Tracy Marrow Jr. respectively.

Ice-T is Protective When It Comes To His Daughters

Ice-T whose real name is Tracy Lauren Marrow is like many other people when it comes to his daughters, that is he is protective. But Ice doesn’t consider himself overprotective but what he knows is how to keep his daughters including Letesha safe.

In an interview, Ice-T stated that his eldest daughter Letesha didn’t have any problems in the past. It’s like who wants a problem with Ice-T’s daughter after all. Plus Ice-T further added that if you are a kid who has a family background of being a mob (gangster related term), then they know not to mess with you.

Rapper Ice-T’s daughter, Letesha Marrow has also been featured on reality television and also worked in radio. She is the host and CEO of T-Tea-V Behind the Scenes plus also an assistant director. It looks like the eldest daughter of Ice-T is doing exceptionally well in her life.

Letesha is active on her Instagram handle “tteavbaby.” She also has a Twitter account under the username of “tesha marrow” but doesn’t seem to be much active on it. For the time being everything looks working fine for Ice-T’s daughter Letesha except her son.

Ice-T’s grandson Elyjah Marrow was arrested after he accidentally shot his roommate Daryus Johnson. When Police arrived, Daryus was unconscious and later died in hospital because of the injuries.

Letesha Marrow’s son Elyjah was accused of possessing a stolen firearm and accidentally killing his roommate.

The name “Letesha” is derived from the Latin word “Letitia.” It means joy and gladness and looking at Ice-T’s daughter Letesha, there seems nothing to be holding her down.

Ecelebmirror for more Entertainment and News.