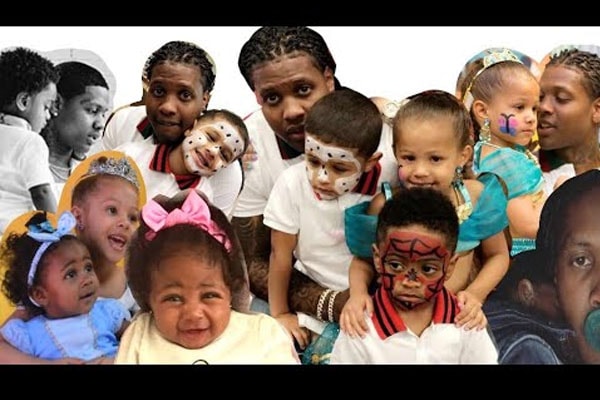 Durk Banks aka Lil Durk an American rapper, is the father of six children. Durk had all his children with multiple baby mamas.

The 25 years old Hip-Hop artist, Lil Durk, once reportedly declared that he would like to have at least 10 children. He is currently expecting his 7th child with his 6th baby mama, India Royale.

Let us glance at Lil Durk’s 6 kids with 5 baby mamas.

Angelo Banks was born in 2011 before his father Durk came into fame. Angelo is the son of baby mama, Nicole Covone.

He is the eldest son of Durk and Nicole. His known as Lolo and his nickname is Lo Biddy.

Bella Banks, born in 2013, is the daughter of Durk and baby mama, Nicole. Her nickname is Bankroll Bella. Bella is the second child and first daughter of Durk. The former couple, Durk and Nicole began dating in 2015. After the birth of their second child, the pair broke up.

But the ex-pair still take care of their two children, Bella and Angelo together.

Zayden Banks is the third child of Durk who was also born in 2013. Zayden was also featured on the cover of Lil Durk’s Two Times Album. He also seems to enjoy his time and holidays with his other half-siblings, Bella and Angelo.

Sheena is the baby mama of Zayden. Lil Durk mentioned her in one of his tweets and Durk treats Zayden as his own.

Demure Banks is the fourth child and third son of Durk. However, there is no true information regarding baby mama of Demure.

Skyler Banks is the second daughter of Durk. Tameka Kute is the baby mama of Skyler.

The baby mama Skyler and Lil Durk knew each other from a very long time. They had to have an on-off relationship for some time.