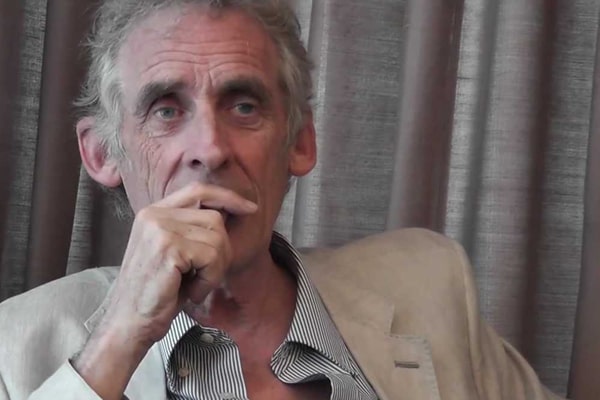 Roger Spottiswoode is a Canadian-British director and writer for films and television. John-Roger Spottiswoode, born in Ottawa, Canada, he entered the British film industry as a trainee editor in the 60s. Since then, Roger has contributed to several notable films like Under Fire; Tomorrow Never Dies, 48 Hrs, The 6th Day, etc.

Besides working with acclaimed actors like Eddie Murphy, Pierce Brosnan, Roger is a loving father of two with ex-wife, Holly Palance. The former pair separated from a decade-long marriage but raised their children with great virtue. Today, we will be talking about one of Spottiswoode’s kids, his daughter, Lily Spottiswoode.

Roger Spottiswoode’s Daughter, Lily Is In The Entertainment Industry

Director Roger Spottiswoode’s daughter, Lily, also chose to enter the entertainment industry and continue his legacy. She acts as the producer and director for several notable movies.

Spottiswoode’s IMDb shows that she has served as an assistant producer for television series 16 and Pregnant in 2014. Similarly, her works in The Search for General Tso as co-producer and producer in Morning Movement are remarkable. Lily Spottiswoode also acted as a production assistant for the 2007 documentary, Heavy Metal in Baghdad.  She has also worked as an assistant in Indignation.

Besides producing television series and short movies, Roger Spottiswoode’s daughter also directed the short film, Morning Movement in 2011. Furthermore, Lily understands the seriousness of learning and hence struggled her way up. She worked as a story researcher for tv series documentary, P.O.V.

Lily Spottiswoode Is An Actress As Well

Roger Spottiswoode’s daughter, Lily, is great behind cameras. However, she does not shy away from showing her inherited acting skills on-screen.

According to Lily’s IMDb, she has appeared in a couple of movies like One Small Hitch and The Bullet. Furthermore, she also appeared in Biography in 2001. Moreover, she also wrote and performed a show, The Meanest Guy That Ever Lived. The show depicted her grandfather Jack Palance‘s final days at his California home.

Jack Palance’s Granddaughter, Lily, is The Eldest of Two

The beautiful Lily grew up hearing her grandpa’s works, witnessing her father, Roger, and mom, Holly’s stage shows. Additionally, she also had a good company of her younger brother, Spencer Spottiswoode, as she grew up. The siblings only have two years’ differences. Hence they could have bonded pretty well.

Unfortunately, Roger is a private person and maintains the secrecy with his children too. There is not much about their childhood, nor their present days, since Lily is not present in social media.

Regrettably, Roger and Holly Palance divorced after 14 years of marriage in 1997. Although there is no news of Roger Spottiswoode’s re-marriage, Lily’s Spootuswoode’s mother, Holy Palance, shared vows with journalist Robert Wallace in 2010.

As mentioned earlier, Lily is living a private life. Therefore, she has no social media, well, not that we found, no controversial tabloids, and a squeaky clean career. Sadly, we might not even know who Lily Spottiswoode’s husband/boyfriend is.

However, let’s hope Lily decides to join social media to share her happy news in the coming days and stay healthy and succeed.

The name Lily means my God is abundance” and “lily flower.” It has a Greek origin.