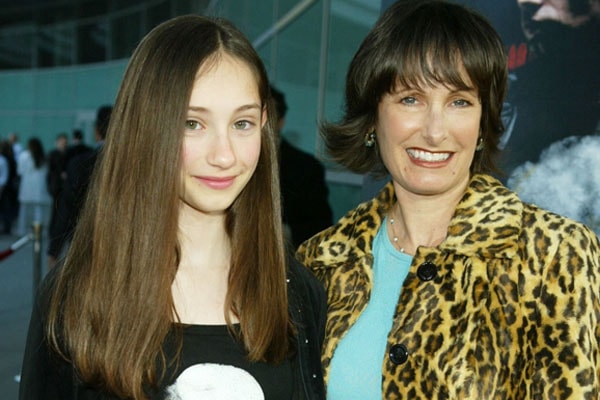 Gale Anne Hurd and Brian De Palma’s daughter, Lolita De Palma was born on September 19 in 1991 at Northen California, USA. Lolita was named in memory of Hurd’s mother who passed away in the late 80s. She currently resides in Cambridge, Massachusetts.

Lolita De Palma is the only child of Gale Hurd and Brian De Palma. She has one half-sibling, Piper De Palma, from her father’s former marriage to Darnell De Palma. Piper is an actress and has appeared in short films like After School and Ride or Die(2015). Lolita De Palma’s step-father is an American screenwriter and film director, Jonathan Blair Hensleigh.

Lolita De Palma is the daughter of parents that indulged in the Hollywood business. Her father is an American film director/screenwriter and mother, an American film and television producer. Lolita, unlike her sister Piper, has not taken any significant role(s) in the film industry. She once impersonated a Walker in AMC’s The Walking Dead series in the episode “TS-19”. Moreover, Lolita’s mother, Gale Hurd, is the producer of the franchise. The Walking Dead is an American horror series based on a comic book series written by Robert Kirkman.

As of shortly, Lolita hasn’t appeared in any other shows.

The 27-year-old Palma is living a very reclusive life. She adopted a rather distinct lifestyle from her parents by stepping into the realm of law. She studied Bachelor of Arts at the acclaimed Princeton University from 2010 to 2014. For her masters, the gorgeous and equally talented Lolita went to the renowned New York University (2014-2017). Currently, Lolita is a J.D. candidate at none other than the Ivy League-Harvard Law School. In 2017, she was certified with the Pro Bono Honor Roll criteria throughout her law school career. Lolita will be graduating as the class of 2020.

Brian De Palma’s daughter will be graduating next year with her Harvard degree in Law! With distinguished education as such, her Linkedin profile is certainly one of a kind. Lolita De Palma isn’t very active on Facebook or Instagram. Lolita’s Instagram account is named lolitalikesslugs and has a total of 7 posts, ALL pictures of slugs!

It is pretty safe to say that Brian De Palma’s genius daughter is much fond of the shell-less terrestrial gastropod mollusk!