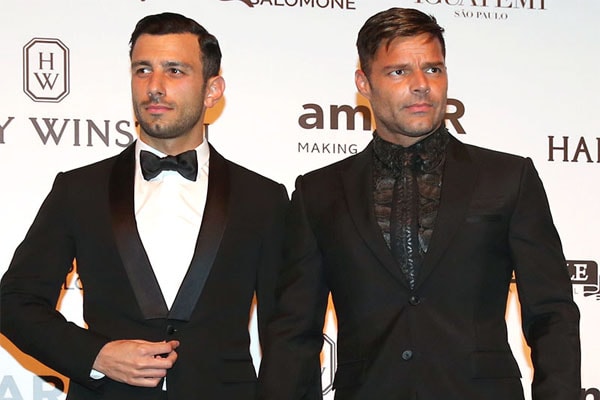 The Livin’ la Vida singer Ricky Martin has announced the birth of his daughter Lucia Martin-Yosef with husband Jwan Yosef on December 31, 2018. She is their first child after being together since 2016. They have 10-year-old twin boys who were conceived through surrogacy back in 2008 when Ricky was single.

Ricky and Jwan Were Delighted To Welcome Daughter Lucia Martin-Yosef

The couple shared their happy moment with the world through an Instagram post. They expressed their feelings stating that they are beyond happy and grateful to have their baby girl Lucia and all of them are in love with her. They also wrote,’It has been a special time for us, and we can’t wait to see where this stellar baby will take us’. The caption definitely shows that they are on cloud nine.

The 47-year-old singer Ricky Martin met his other half Jwan Yosef aged 34, through Instagram and have been dating each other since 2016. They tied the knot on January 2018 and are living a happy life ever since.

The Puerto Rican singer Ricky Martin had his twin boys Matteo Martin and Valentino Martin back in August of 2008 through surrogacy. Now together with his soulmate Jwan Yosef, he is a happy and proud father of three beautiful children. We can see that he is happy to raise three kids with his beloved husband.

The couple loves to spend their time with the children often. The arrival of their baby girl has surely dazzled their life even more. As stated by the couple, the twins are also happy to have their baby sister. They are obviously going to create beautiful moments together as siblings. How lucky they are to have two loving fathers to take care of them!

The Spanish singer Ricky Martin and Swedish painter Jwan Yosef are the living examples of influential couples who are bound to be together despite their sexuality. Their strong relationship proves that love comes in all forms and it is unconditional. On top of that, they have shown the world that anything is possible with the power of love.

Lucia is an Italian baby name for a girl. The Italian meaning of the name Lucia is graceful light. Ricky Martin’s daughter with Husband Jwan Yosef is obviously a graceful light in their lives.