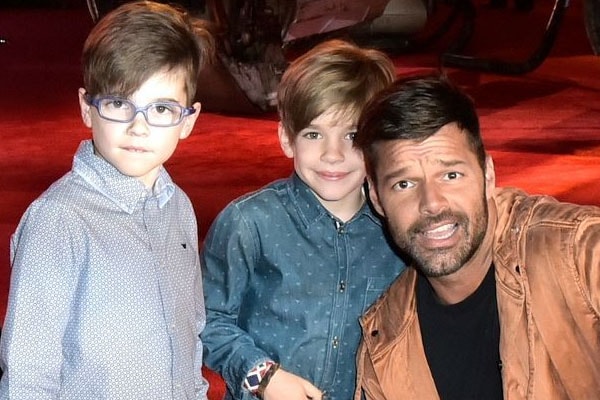 Ricky Martin’s twin sons Matteo Martin and Valentino Martin was born via surrogacy in 2008. His boys were brought into this world with the help of a surrogate mother who hasn’t been announced in the media spotlight yet. Ricky Martin took all the responsibility to take care of his children.

As of now, the twins are ten years old, and they have already hit the road towards the media limelight by attending various events with their dad. They also have a younger sister named Lucía Martin-Yosef with their dad’s current partner Jwan Yosef.

Matteo And Valentino Love Being With Their Dad

Matteo and Valentino have always shared their happiness and howl with their dad who loves being a father more than any. The relationship between them grew so intimate that the children felt no absence of the word “mother.” It was fun to found out when his kids questioned whether they were in their father’s belly. In astonishment, he replied with the best answers any father could have thought. He said that they have always been in his heart and are still in there.

It isn’t an easy task to raise a child. It takes lots of effort and determination to make them familiar with the environment which usually a mother can make it. However, what it takes, after all, is love and understanding that Ricky provides to his children. When you learn about Ricky Martin’s twins, you will learn the merriment of being fatherhood.

The Twins, Matteo Martin, and Valentino Martin speak three languages. Since they live in America, it is no doubt that they would pick up the English. At home, they speak in Spanish and more than that; they go to French school. The boys are undeniably talented.

The twins may have the same physical structure, but they have their unique quality and personality. Here, the twins’ father Ricky shares a bit about his boys.

Twins father, Ricky Martin claimed that his sons gave him the strength to overcome his fear. In 2010, he broke out the news that he was gay. He didn’t want to live with lies when his kids grew up, and he wishes his boys were gay too.

Matteo is the Italian word meaning gift of God. The name Valentino is also Italian which means brave and strong.