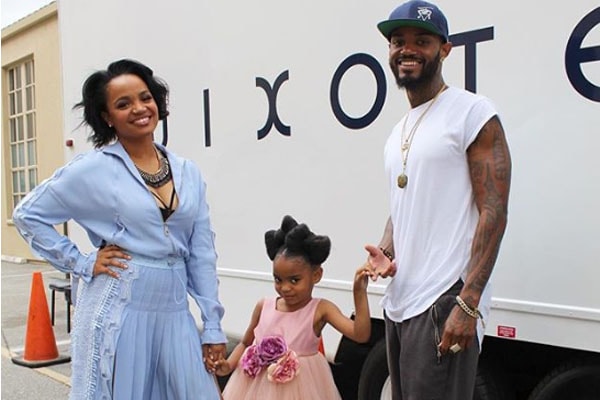 Actress Kyla Pratt‘s daughter Lyric Kai Kilpatrick was born on the 17th of November, 2010 in LA, California with her husband, Danny Kilpatrick. Lyric is the eldest daughter of Kyla. Kyla Pratt is a mother of two children, and both are adorable daughters.

Lyric’s younger sister’s name is Liyah Kirkpatrick who was born on the 5th of August, 2013. It was only when Lyric was one year old, Kyla revealed that she has a daughter. She did the same with her other daughter too as she hid her pregnancy from the media. Besides that, stick up with the article until the end and know more about Kyla Pratt’s daughter, Lyric.

With over 10.7K followers on her Instagram profile “lyrickaikp“, Lyric Kai is an emerging social media star. People must be wondering how can a 10-year-old kid have a social media account.

Well, worry not folks, her account is probably run by her parents. The little Lyric’s feed is mostly filled with her cute photos enjoying with her parents.

Once she appeared on ‘The Real Talk Show’ walking down a ramp. Lyric seemed to be slaying her looks. Who knows that in the near future, Lyric could also be a top model.

One thing is for sure though, she will have her loving mother Kyla to guide her through no matter what kind of obstacles comes her way.

As mentioned above, “Love & Basketball” actress Kyla Pratt hid both of her pregnancy. While speaking with HipHollywood, Kyla revealed the main reason behind hiding her pregnancy of both of her daughters which was to enjoy and experience the personal moment all by herself.

Starred In Her 1st Commerical For Walmart

Kyla Pratt’s daughter, just at the age of 7, was able to get her biggest gig with Walmart. She was so proud of her daughter and perhaps paved a better way for cute Lyric. She was so excited to get the part fro the Halloween commercial for Walmart.

Kyla takes her daughter to all of her auditions. When she’s busy, her dad or grandmom takes her. Lyric Kai is apparently taking the baby steps to be like her mother someday in the future.

There is a strong love between Lyric and Liyah. Both seem to share an inseparable bond with one another. Plus both the sisters love dressing up in different attires whether it be during an Easter or a Halloween. Kyla Pratt’s daughter Lyric is the perfect example of a loving sister.

For the time being the little Lyric is enjoying her childhood to the fullest. Plus she has got a loving mother and father and a sister who looks up to her. She has got all the caring and affection that a little child needs.

The name Lyric has a French origin meaning “lyre: a musical instrument.” As for the name Kai, it means “pier of a harbor” in Basque.