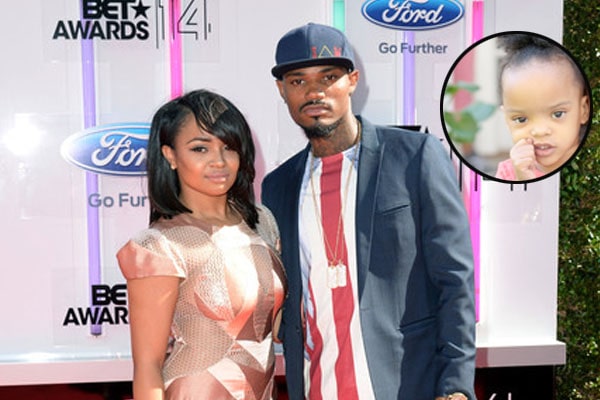 It took a while for Kyla to reveal her daughter Liyah to the public. Plus, she also hid her pregnancy from the media, not just once but twice. The actress didn’t show her baby bump in public while she was pregnant twice.

Kyla Pratt’s Daughter Is A Mini-Me Version Of Her

The baby puffs of Liyah Kirkpatrick are way too adorable. She is the replica of her beautiful mother, Kyla. Not just Liyah but, she also shares an uncanny resemblance with her elder sister Lyric, who is also similar to Kyla. The trio of the mother-daughters tends to spend a lot of fun moments together, including different festivals like Easter and Halloween.

When HipHollywood asked Kyla about her hiding the pregnancy of both of her kids, she stated that it was personal, and she wanted to experience and enjoy herself.

Apart from posting photos of herself on her social media, Kyla, at times, uploads pictures of her adorable daughter Liyah having a good time with her sister Lyric. We can see how much bonding and love there is between the two sisters.

Like Conor McGregor’s son, Jack McGregor Jr., Kyla Pratt’s daughter Liyah Kirkpatrick also has her own Instagram handle. Liyah may not have as many followers as Jack, but it is likely to rise in the future. Well, as the little Liyah is too young to decide about her career, but if she wants to do something in the world of acting, then she knows she can look up to her mother, Kyla.

Has An Elder Sister, Lyric Kai, As Her ‘Partner In Crime’

In addition to that, Liyah’s sister, Lyric starred in her first commercial for Walmart. She is already following her mom’s footsteps at such a young age. Well, Liyah might be inspired by her mom and sister when she’s all grown-up. No wonder, we could also see adorable Liyah in the showbiz industry in the coming years.

The name Liyah is of Hebrew origin. It means “I belong to the Lord.” Plus, looking at Kyla Pratt’s daughter Liyah Kirkpatrick, she looks like a cute angel.