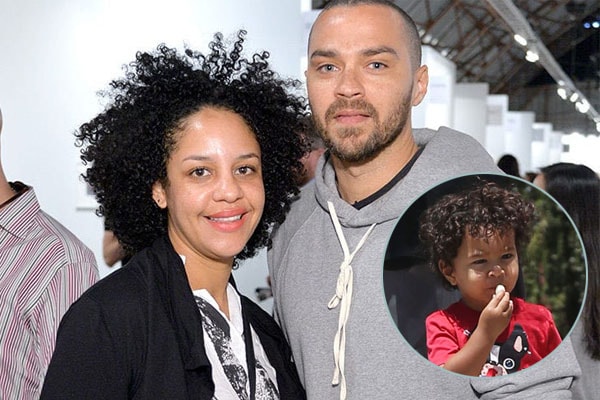 Former husband and wife duo, Jesse Williams and Aryn Drake-Lee had a lot of misunderstandings in their married relationship. So, the former couple called it quits in April 2017. Aryn’s separation with ex-husband Jesse came after the lovebirds’ 5 years of marriage and 13 years of romantic relationship. However, her love and affection for her beautiful children are here to stay.

Jesse Williams is a responsible father and his children obviously love him. Jesse reportedly finds time to spend with son Maceo after his day job as an actor. On his Instagram account, he often posts pictures of his two children, Maceo Williams, and Sadie Williams. After shooting for Grey’s Anatomy, Jesse gets home in the evening and makes time to call his children and shares hugs and kisses over the phone.

Jesse Williams’ son Maceo Williams and daughter Sadie Williams are his biological children from his ex-wife Aryn Drake-Lee. Maceo’s mother Aryn is a good mother, who wants to see her children grow up to have a successful career. Moreover, Aryn has physical custody of both her children, so Maceo and Sadie spend most of their time in the caring hands of their mother. In spite of their messy divorce, Jesse and his ex-wife Aryn seem to co-operate when it comes to raising their son and daughter well.

Maceo Williams’ father Jesse is reportedly fighting with ex-wife Aryn Drake-Lee over his child support. After his divorce, the Grey’s Anatomy actor was paying $33K a month per child to ex-wife Aryn. Jesse is a father to two children, so the total amounts to $66K for both kids. Similarly, a report in June 2018 confirms that Jesse’s child support money was increased to $100K after Aryn complained that $33K per child wasn’t enough to raise Maceo and his sibling sister Sadie in proper comfort.

Jesse and Aryn have two children, whom he supports financially. Meanwhile, her ex-husband’s support makes it easier for Aryn Drake-Lee to raise her son Maceo and daughter Sadie by herself. Even though Maceo’s parents fight over petty matters, the world knows that they still love each other. We anticipate that Jesse and Aryn eventually patch their broken marriage and begin a fresh married life together.

Maceo is the Spanish version of the name Matthew. Its literal meaning is “Gift of God”.