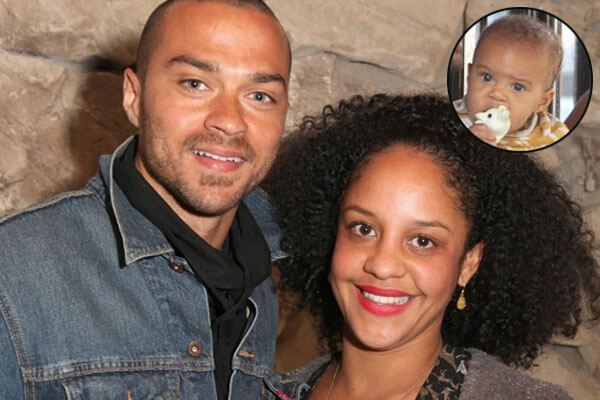 Sadie Williams is Jessie Williams‘ daughter with his ex-wife Aryn Drake-Lee. Sadie was born in early December 2013, while her baby shower was hosted on September 2013 in her parents’ Brooklyn home. Through her parents, Sadie has a younger sibling brother named Maceo Williams, born in April 2017. Sadie’s mother Aryn is a real-estate broker, while daddy Jesse plays as Jackson Avery in Grey’s Anatomy.

Sadie’s parents are former husband and wife, as Jesse’s marriage to ex-wife Aryn ended in divorce in 2017. The couple’s divorce followed a year-long court battle, in which the duo fought for their daughter, Sadie’s joint physical custody. Sadie’s mother Aryn receives $50K child support money from her ex-husband, who reportedly makes half a million a month.

Baby girl Sadie loves her daddy a lot. On Father’s Day in 2017, the cute Sadie presented her Grey’s Anatomy star father with an adorable gift. Well, there’s nothing like a daughter’s surprise gift for her loving father. Jesse is quite lucky to have Sadie as his daughter, as Jesse’s Instagram post below proves.

In the caption, he mentions that his daughter knows him “too well” and describes him with “chilling accuracy”. Baby girl Sadie certainly made her father feel special with that sweet gift. It’s clearly the best present Sadie could gift her father for all the love and support Jesse gives her.

One thing’s for sure, and it’s that little Sadie does not take her father for granted, and she wants to let the world know how much they love each other. Surely, Sadie’s mother Aryn Drake-Lee is no exception when it comes to a similarly lovely Mother’ Day gift from beautiful daughter.

Seems like Sadie’s parents, especially her mother Aryn, is not fond of posting her daughter’s pictures on social media websites. This fact became evident when the estranged wife reportedly asked her ex-husband Jesse to stop exposing her daughter’s private life on his Instagram account. In the report, Aryn expresses her concern about unwanted attention received by celebrity children due to their parents’ popularity.

Aryn’s care towards her daughter’s safety is apparent, as she doesn’t want crazy fans to indirectly hurt her loving daughter through their comments. As a matter of fact, Jesse seems to respect his ex-wife’s opinion, as some of Sadie’s photos were subsequently deleted from his Twitter and Instagram.

Sadie is actually a nickname for the name Sarah. Its literal meaning is “princess”.