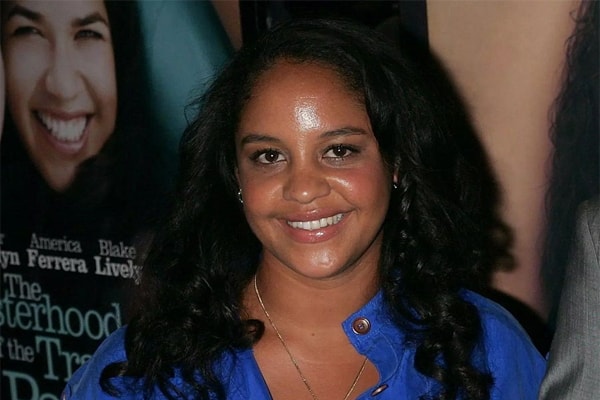 Grey’s Anatomy star, Jesse Williams‘ ex-wife is Aryn Drake-Lee and she has had two children with Jessie before they split up. Aryn’s children are Maceo Williams and Sadie Williams. Aryn Drake-Lee is a former real estate broker. She has started a new project, a podcast with her pal Trian Long Smith.

Aryn married her ex-husband, Jessie in 2012. The former couple of Jessie and Aryn were together for over a decade. But maybe due to some kind of disagreement and arguments in their marriage relationship, they divorced each other in 2017.

Jessie Williams and his ex-wife, Aryn Drake-Lee were in a relationship for over 13 years. Amid their ongoing divorce, Aryn came out to talk about her past relationship with Jessie.

She said that she had resisted it for the last 10 years which surely means she was not happy with her married life. Aryn Drake-Lee even reported that she got dragged against her will and possibly was her worst nightmare. So, she did the better thing to get off from the relationship and is possibly very happy with her act.

Moreover, the 37-year-old when asked about the reason for the demise of their marriage said, ‘Much of what they say is wrong. But I’m not interested in a tit-for-tat, because that’s just never-ending.’

A Bitter Custody Battle Between Aryn Drake-Lee and Jesse Williams

Although Jesse Williams’ ex-wife, Aryn came over with her unsuccessful marriage, she is still fighting for the custody of her children. The dispute is seemingly going on and on since they divorced. It looks as though the ex-couple really have started to despise each other.

Aryn is fighting for her children to get financial child support from Jesse. She has requested that he should pay $100,000 as attorneys’ fees as well as $110,000 to professionals for doing forensic accounting in their financial dispute.

Likewise, according to The Blast, the actor owes Drake-Lee nearly $1 million in past due support. Jesse Williams’ ex-wife, Aryn Drake-Lee is doing everything she can to settle the financial disputes with her ex-husband.

On the other hand, Jesse has been asking a judge to deny Drake-Lee’s request that he pay her $200,000 for her legal bills and forensic accounting. We hope this war settles out soon benefitting both of them.

Now only time will tell us whether or not the divorced couple will indulge in any kind of relationship or not.