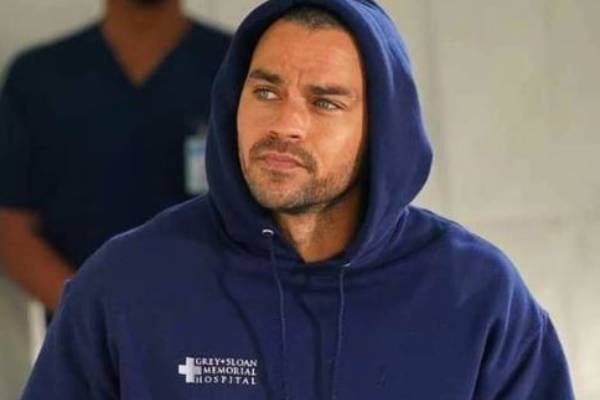 Jesse Williams is a popular American actor and filmmaker. He is famous for his role as Dr. Jackson Avery in Shonda Rhimes‘s popular television series Grey’s Anatomy. He has gained immense fame and fortune in his acting career.

According to Celebrity Net Worth, Jesse Williams’s net worth is estimated to be $12 million. Here let’s learn more about how Jesse was able to amass such an enormous fortune to his name and his earning details.

Jesse Williams Net Worth And Career

As mentioned above, Jesse Williams’s fortune is estimated to be $12 million. The wealth he has amassed comprises his income as an actor, filmmaker, and several other ventures. Before pursuing acting as a career, Jesse taught American Studies, English, and African Studies in high school in the Philadelphia public school system.

Jesse began studying acting in 2005, and the same year, he was chosen as one of 14 actors to take part in the New York Actors Showcase presented by ABC Television. The following year he began appearing in several theatre productions, movies, and television series.

As stated earlier, since 2006, Jesse Wiliams has starred in different films, theatre productions, and series. He made his big-screen debut in 2008 in the supporting role of Leo in the sequel to the 2005 movie The Sisterhood of the Traveling Pants.

After that, he worked on dozens of other movies. Here are some of the films that Jesse Williams’s starred in, along with their box office collections.

Overall, Jesse has gained significant success through the movies that he has starred in. Those movies were massive hits and have gotten good reviews. So from those contributions, Jesse must have been benefitted well.

Apart from movies, Jesse has also appeared in television series. He made his tv debut in 2006 by appearing in an episode of Law & Order, where he portrayed the character of Kwame. Since then, Williams has appeared in numerous series like Beyond the Break, Greek, Most Expensivest, Power, Little Fires Everywhere, Rebel, and many other.

An actor has an average salary of $58,017 thus, he must have made considerable income in his early days.

Although Jesse has portrayed several characters in numerous television series, he came into prominence for portraying Jackson Avery in ABC’s medical drama television series Grey’s Anatomy. In June 2010, it was announced that Jesse would be the series regular starting in season 7, appearing opposite Justin Chambers, James Pickens Jr., Chandra Wilson, Ellen Pompeo, etc.

Well, with a monthly income above $500K, Jesse Williams’ net worth must have risen significantly over the years.

In May 2021, in an interview with The Hollywood Reporter, Jesse disclosed his decision to leave the show. Nonetheless, during his time in the show, he made considerable income, thus increasing his fortune.

Apart from his exemplary acting skills, Jesse Williams has also worked as a director and producer in different movies and series. He has worked in projects like With Drawn Arms, Snake & Mongoose, Random Acts of Violence, The Burial of Kojo, J.A.W., Survivors Guide to Prison as a producer.

Similarly, Jesse has also directed three episodes of Grey’s Anatomy and an episode of Rebel

Before pursuing an acting career, during his college days, Jesse occasionally worked as a model. He modeled for Tommy Hilfiger Corporation, Kenneth Cole Productions, and Levi’s. According to ZipRecruiter, a model can have an average annual salary of $125,457.

Furthermore, Jesse Williams has also appeared in the music videos of renowned singers like Rihanna, Jay-Z, Estelle, and Demi Lovato. Therefore, he must have made considerable income from these music videos too.

Furthermore, Jesse has also voice acted and even did performance capture for Markus in the video game Detroit: Become Human. It was released for the PlayStation 4 in May 2018. Similarly, he has also voice acted and did performance capture for Duke in the video game NBA 2K21. It was released worldwide for multiple consoles in September 2020.

In November 2020, Jesse joined and became an investor in the Greenwood ownership group and collaborated to create content about financial empowerment. Similarly, in September 2016, he joined as Chief brand ambassador and became a spokesperson for Philly-based scholarship guidance app Scholly.

Apart from these, Jesse also co-founded Ebroji, curated gif keyboard, with ex-wife, Aryn Drake-Lee and Glenn Kaino Studio. He has also launched a gaming app like Ya Tú Sabes, with a motive to celebrate Latinx culture through games like BleBRiTy. In addition, he must have received several endorsement deals from brands that have contributed significantly to increase his net worth.

Moreover, Jesse has also established a production company named farWord Inc. Thus, Jesse Williams’s net worth of $12 million seems plausible. Plus, we can hope that his fortune increases in the future.

Although Jesse Williams’s professional life is successful, his marital life could not get any success. He and his estranged wife, Aryn Drake-Lee, got divorced after being married for five years. The former couple met in 2007 and dated for a while before walking down the aisle on September 1, 2012. In their marriage, they welcomed two children, a daughter Sadie Williams (born December 6, 2013), and a son, Maceo Williams (born in October 2015).

However, in April 2017, Williams filed for a divorce from his wife, five years after their marriage. In October 2020, three years later, the divorce was finally finalized. According to their divorce settlement, the ex-pair share a joint legal and physical custody of their kids. Similarly, they must discuss uploading any pictures of their children on social media profiles.

Moreover, Jesse will have to pay $40,000 every month as child support. He was also ordered to pay over $100,000 in two upcoming spousal support payments. Talking about the assets, Jesse’s estranged wife, Aryn, kept their home in LA, while the former pair will take their respective vehicles.

In addition, Williams did not have to split the profits worth $936,810 that he made in the show Grey’s Anatomy since their separation. It seems like the divorce proceedings made a dent in Jesse’s fortune. The significant amount of child and spousal support might affect his wealth. But there is no doubt that a talented artist will earn millions in the future to cover for it.

In March 2022, Jesse asked the court to reduce the child support amount he has to pay since he is no longer working on Grey’s Anatomy. He has stated the show was his primary income source and after leaving his income is fluctuating.

Well, we have to wait and watch what the judge decides.

As stated above, Jesse Williams’s net worth is estimated to be $12 million. All thanks to his multi-million dollars of fortune, he is able to live a comfortable life with his family in LA. And with such massive wealth, Jesse might also pay a considerable amount in taxes.

Furthermore, he also has a great interest in cars and owns an Audi convertible. Therefore, he must have an insurance policy for his vehicle. In addition, going through his Instagram, we can see that, he has collections of gold chains and loves wearing them.

Looking at his total earnings there is doubt that Williams is doing really great for himself.