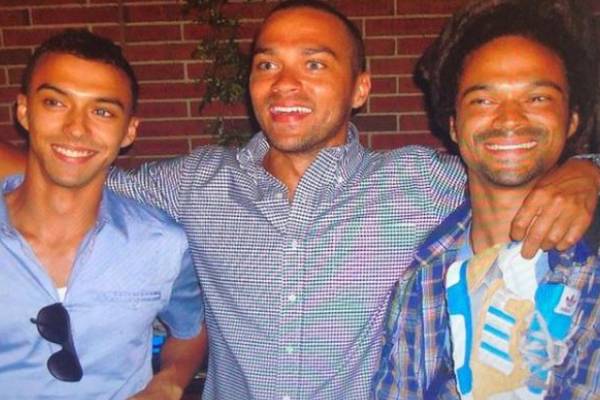 Jesse Williams is a famous filmmaker and actor from America. He came into prominence for his character, Jackson Avery, in the renowned medical drama series Grey’s Anatomy.

Coire Williams Is A Married Man

Coire shares a blissful marital life with Khay Muhammad. The couple has been together since 2013 and tied the knot in February 2020. As stated earlier, Khay and Coire are the doting parents of two beautiful children, a son, and a daughter.

Coire Williams Is A Woodworker

It’s a known fact that Jesse Williams is doing great in his acting profession. However, his brother seems to have a different career path than his. Jesse Williams’ brother, Coire Williams, is a woodworker. Since 2002, he has been offering several services like deck building, woodworking, custom furniture, premier landscaping, and stone making.

Furthermore, Coire also owns a company named Lightwell Landscaping and Woodwork. The company provides several services like construction, landscape design, and interior services. According to his Instagram description, he is a firefighter. Furthermore, he is also a musician, according to an interview.

Nevertheless, Coire might be earning a significant amount from his work and might be doing great in his profession.

Jesse Williams’ brothers seem to be creative just like him, as both of them are engaged in the artwork. His youngest brother, Matt Williams, is a New York-based, professional art illustrator. But before that, he used to be a luxury footwear designer and had worked in the field for six years.

Matt received his MFA in Illustration as Visual Essay at The School of Visual Arts in 2019. Before that, he had graduated with a Bachelor of Industrial Design Degree in 2010 from Pratt Institue. Matt works at Maryland Institute College of Art (MICA) as an adjunct professor teaching part-time in the Illustration Department.

His work is specifically in editorial and advertising illustration. Furthermore, he sketched strangers on the NYC metro for 8 years before changing careers. In addition, he is a retired semi-pro soccer player.

In one of the interviews, Matt mentioned that he paints with his mom and when he was a child, she used to lay down the papers and let them paint whatever they want.

Going through his Instagram, we can see that he has displayed several of his art pieces.

Matt Must Have Made A Good Income

As mentioned above, Jesse Williams’ brother, Matt Williams, is a professional art illustrator. He has uploaded several of his workpieces on Instagram and on his website. Here are some of the artworks and their price.

Matt must have earned significantly from his profession, just like his brother Jesse Williams who has an estimated net worth of $12 million.

Furthermore, his mom and dad might be really proud of him and his brothers.

As compared to his two brothers, Coire seems to be a private person. He has a private Instagram account and has not made many public appearances. On the other hand, he might be living a great life with his family.

The three brothers have a great bond and are often spotted hanging out with each other. Coire and Matt are loving uncles to Jesse Williams’ kids with Aryn Drake-Lee, Sadie Williams, and Maceo Williams.

Nonetheless, we hope that we get to know more about Jesse Williams’ siblings in the future.