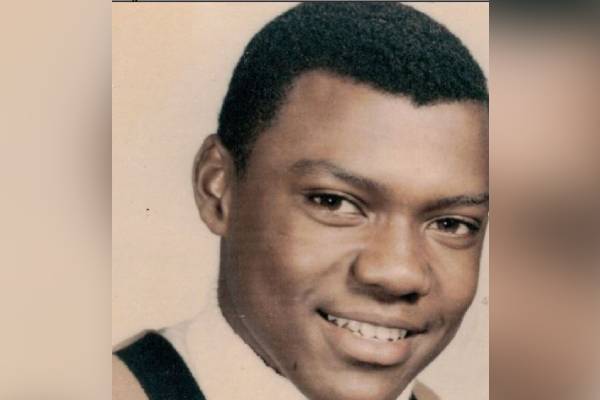 Reginald Williams has three kids with his wife, Johanna Chase whom they raised in Chicago, Illinois. He has gained fame as Jesse Williams‘s father. Plus, he must be proud of his son’s achievements.

For now, let’s learn in detail about Jesse Williams’s dad, Reginald Williams, and his whereabouts.

As stated earlier, Reginald Williams gained fame as Jesse Williams’s dad. He shares a blissful and happy marital life with his wife, Johanna Chase. Reginald’s marriage with Johanna is one of the many examples of interracial marriage. In their several years of togetherness, they became the parents of three sons.

Reginald Williams’s sons, Matt Williams, Jesse Williams, and Coire Williams, grew up together. The information about Matt and Coire‘s date of birth has not been revealed yet. However, Jesse was born on August 5, 1981. Well, Reginald and his wife have raised their kids with great love and care.

In one of the interviews, Jesse Williams mentioned that his father is a teacher. While Jesse was in high school, his dad put himself through Harvard and began teaching. Before that, Jesse Williams’s dad used to work as a factory worker.

Reginald’s family is from Willacoochee, Georgia, and his ancestors were part Seminole and slaves. He loves history, and as a result, Jesse also had an obsession with history. Inspired by his parents, who were engaged in the teaching profession, Jesse also worked as a high school teacher for six years, teaching American Studies, African Studies, and English.

His Youngest Son Is An Art Illustrator

Reginald Williams’s youngest son, Matt Williams, is an illustrator from Brooklyn, New York, specializing in Advertising and Editorial Illustration. In 2010, he graduated with a Bachelor of Industrial Design Degree from Pratt Institute. After that, he attended The School of Visual Arts,  where he received his Masters (MFA Illustration as Visual Essay) in 2019.

In addition, Matt also worked for six years in the Fashion industry as a Footwear Designer. Furthermore, he currently works part-time in the Illustration Department as an Adjunct Professor at Maryland Institute College of Art (MICA). Matt uploads several of his works on his Instagram and even has a website where he has displayed his work.

Reginald’s kid seems to be doing really great at his work, and we hope he succeeds.

His Other Son Is A Landscaper

Reginald’s second son, Coire Williams, is a professional landscaper. He is a wood maker, and through his company, Lightwell Landscaping, and woodwork, he has been providing premier landscaping, deck building, custom furniture services, stone making, and deck building. He provides services in all of Essex County. In addition, Coire’s Instagram description suggests that he is a firefighter.

In addition, Coire seems to be living a great life with his lovely wife, Khay Muhammad, and two children.

His Eldest Child Is An Actor

As many people already know, one of Reginald Williams’s sons, Jesse Williams, is a famous actor. Since 2006, he began appearing in several series, theatre productions, and movies. He has also appeared in music videos of reputed singers like Rihanna, Demi Lovato, and Estelle Fanta Swaray. In addition, he established a production company, farWord Inc., in 2012.

Reginald William’s kid Jesse’s turning point came in the year when he was cast in the role of Dr. Jackson Avery in the popular medical drama series Grey’s Anatomy. From 2009, he starred in this series opposite Ellen Pompeo, Justin Chambers, James Pickens Jr., Sandra Oh, Chandra Wilson, and many others. However, in May 2021, he announced about leaving the series.

Jesse’s role in the series helped him gain immense fame and fortune. He has two kids, Sadie Williams and Maceo Williams, with his former wife, Aryn Drake-Lee.

As stated earlier, Reginald Williams gained fame as Jesse Williams’s dad. However, despite the fame, he seems to be a private person preferring his life away from the media and the limelight. He does not seem to have any social media profiles and has not made many public appearances.

Nonetheless, we can hope that we get to know more about Jesse Williams’s father, Reginald Williams, in the coming days.