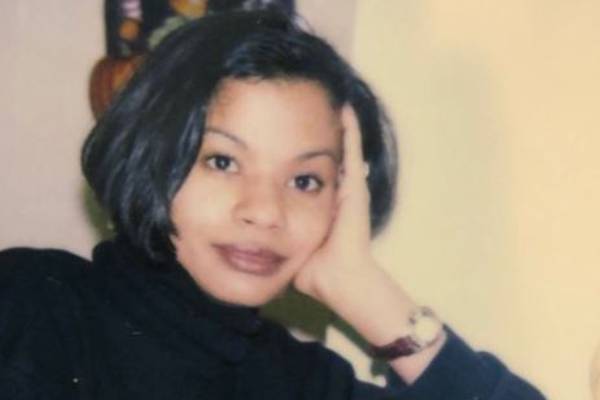 Justin Chambers walked down the aisle with Keisha Chambers in 1993 and since then their marriage have stayed strong. Image Source: Kaila Chambers Instagram.

Keisha Chambers is famous as the lovely wife of Grey’s Anatomy star Justin Chambers. The 51-year-old handsome hunk and his gorgeous wife have been married for a long time now. The lovely pair is living a happy life with their children.

Justin Chambers and his wife, Keisha Chambers, welcomed five children in their all these years of togetherness. Their children, four daughters, and a son, seem to be doing really great.

For now, let’s learn in detail about Justin Chambers’s partner, Keisha Chambers, and their love life.

Have Been Married For A Long Time Now

As mentioned earlier, Keisha Chambers has gained fame as Justin Chambers’s spouse. The two met when he was working as a model, and she was a model agency booker. The adorable duo dated privately for some time and then decided to go public with their relationship.

After dating for some time, they walked down the aisle in 1993.

Since then, their marriage has been going strong, and they both love each other deeply. Justin is often gushing about his wife in many interviews.

In one of the interviews, he said that they had been together for so long, and he does not know any other way to be. Similarly, he also added that he is glad to go through every ups and downs of his life with his wife, and he feels really fortunate to have found someone like her.

Is The Mother Of Five Children

Finally, Justin and his partner gave birth to their baby boy, Jackson Chambers, in  January 2002. Keisha’s son is growing up with lots of pampering from his parents and siblings as he is the youngest and first boy in the family. And we can see that Keisha is gracefully raising her children with her husband.

Keisha Chambers’ Daughter Is In A Band

Keisha must be a really proud mother as all her children are doing great in their careers. One of her kids, Eva Chambers, is a bassist in the band Pinky Pinky. She formed the band with her best friends Anastasia Sanchez and Isabelle Fields, whom she met in high school and middle school, respectively. The band is really great, and if this continues, the day is not far when Eva will be popular like her father.

Similarly, one of Keisha Chambers’s twin daughters, Kaila Chambers, is an emerging filmmaker. She and her friends have presented animated picture shows, and she has also posted several BTS pictures of her work. Furthermore, Keisha’s other twin daughter, Maya Chambers, is a tattoo artist and is doing pretty good at her work. Keisha must be really proud of her daughters and their work.

Is A Former Agency Booker

However, where she worked and for how long she worked as an agency booker have not been revealed yet.

Is A Supportive Wife

Keisha seems to be supportive of her husband, who is a renowned actor. Keisha Chambers’s partner, Justin Chambers, is an American actor who came into prominence for his role as Alex Karev in Grey’s Anatomy. Besides that, he has acted in several different movies and series, which have helped him gain immense fame and fortune.

Although Keisha has gained fame as Justin’s spouse, she seems to be a private person. She does not have social media profiles like Instagram and Twitter. However, she at times joins her husband and children in several events and red carpets, and she also has a Facebook profile but has not posted anything.

Nonetheless, Keisha must be enjoying her private life with her family. We can hope to know more about her in the future.