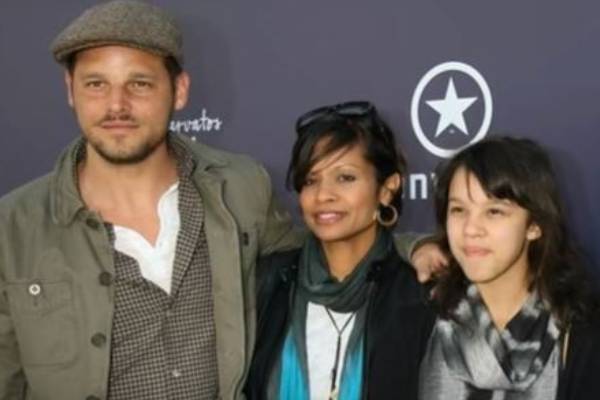 Isabella Chambers is the eldest daughter of Grey’s Anatomy star Justin Chambers. The 51-year-old talented actor shares a blissful marital life with Keisha Chambers, with whom he has been married since 1993. In their 28 years of marriage, they welcomed four daughters and a son.

As mentioned earlier, Justin Chambers has been married to his wife since 1993, and their marriage is still going strong. In their 28 years long marriage, they became the parents of five beautiful children. Among them, Justin and his partner’s daughter, Isabella Chambers, was born in December 1994.

Finally, Isabella’s baby brother, Jackson Chambers, was born in January 2002. As he was the first boy and the youngest in the family, Jackson was and still is pampered by his parents and sisters.

Isabella’s youngest sister, Eva Chambers, is a bassist in a band called Pinky Pinky. And they perform at several events and programs. Justin Chambers’s daughter, Isabella, seems to be doing really great with her family and might be living a great life.

Isabella Chambers’ Parents Are Involved In the Entertainment Field

Isabella Chambers’ mom and dad, Keisha and Justin Chambers, have been involved in the entertainment industry for quite a long time. During the initial phase of his career, Justin did modeling for several brands. He had worked for Calvin Klein, Armani, Dolce & Gabbana throughout the USA, Japan, and Europe. After that, Isabella’s father decided to pursue an acting career and moved to New York City to study drama at the HB Studio.

Before his breakthrough role in Grey’s Anatomy, Isabella Chambers’ dad, Justin, acted in dozens of movies and series. However, the turning point of his acting career was when he was cast as surgical intern Alex Karev in the ABC’s medical drama series Grey’s Anatomy. He has won several awards and accolades for his role.

Similarly, Justin Chambers’s wife, Keisha Chambers, is a former model agency booker. They two met while Justin was working for ad campaigns for Calvin Klein. At that time, Isabella’s mother was working at a modeling agency.

Unlike her famous father, Justin Chambers’s eldest child, Isabella Chambers, prefers to stay away from the media. While she might have been in the spotlight due to her dad, Isabella seems to be a private person. She is active on social media but has set her Instagram to private. However, one can find small tidbits of Isabella’s life through her siblings’ and parents’ social media profiles.

The firstborn of the Chambers couple is already in her twenties. However, she has yet to reveal details about her love life and professions. It is unclear if she will follow in her parent’s footsteps in the glamour business.

Nevertheless, we hope that Keisha and Justin Chambers’ daughter, Isabella, is doing great for herself. And here’s to hoping we get to know more about the eldest Chambers in the future.

The name Isabella has an Italian origin, and it means “God Is My Oath.”