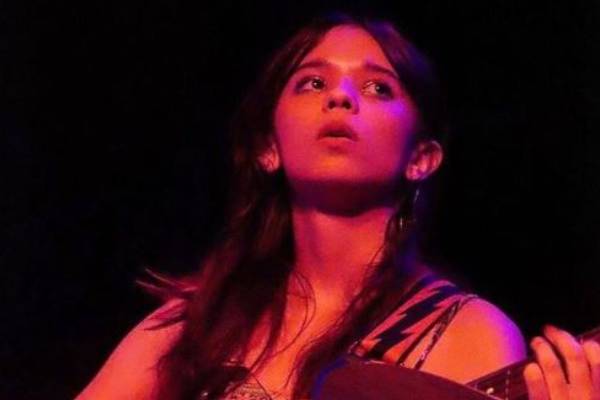 Eva Chambers is famous as Grey’s Anatomy star Justin Chambers‘s youngest daughter. Born to him and his wife, Keisha Chambers, Eva is one of the kids of her parents.

Justin tied the knot with his love, Keisha, in 1993, and their marriage has been growing stronger ever since. The lovely pair of Justin and Keisha have been married for 28 years now, and in all those years of togetherness, they became parents of five adorable children.

Well, for now, let’s learn in detail about Justin Chambers’s daughter, Eva Chambers, and her whereabouts.

Is The Youngest Daughter Of The Couple

As mentioned earlier, Eva Chambers’s parents have been sharing a blissful marital life since 1993, and till today they both are deeply in love with each other. Not only that, Eva’s dad is often seen gushing about his love for Keisha. Well, in March of 1999, Justin Chambers’s lovely wife gave birth to their youngest daughter, Eva Chambers. Out of five children, she is the fourth child of the couple.

Eva’s baby brother is the first boy and youngest one in the family, so he is growing up with lots of pampering from his sisters and parents. Similarly, her twin sisters, Maya and Kaila are a tattoo artist and a videographer, respectively. All her siblings seem to be succeeding in their respective professions.

Likewise, Justin Chambers’s kid, Eva Chambers, also seems to be doing really fine with her family and might be living a comfortable life.

Justin Chambers’ Daughter Is In A Band

Apart from the fame that Eva has gained as Justin Chambers’s daughter, she is also known as a member of the Pinky Pinky band. The band is formed of three members, Anastasia Sanchez (vocalist/drummer), Eva Chambers (bassist), and Isabelle Fields (guitarist).

Sanchez first met the other members in the girls’ locker room in high school. Fields and Chambers knew each other since middle school. The trio grew up together and shared a common interest in music, so they decided to form a band.

Since forming the band, Eva and her band members have released two albums, Hot Tears and Pinky Pinky. Some of the band’s hits are Hot Tears, Do Me Dirty, Ram Jam, Margaret, Robber, and many others. The band also performs and does shows at several events and venues.

Going through the Instagram page of the band, we can see that they have done performances and shows in different countries and cities around the globe. However, it seems like Isabelle might have left the group as mostly the photos of two members can be seen. The band’s Instagram page also mentions only two members.

Eva must have made a good income from the band, which is slowly succeeding. Justin must be really proud of his daughter. He is often seen posting several posts regarding concerts and shows performed by the band. Nonetheless, we hope that Eva achieves more success in the future.

As mentioned earlier, Eva Chambers is the daughter of popular actor Justin Chambers. Eva Chambers’s parents are both involved in the entertainment industry. Her mother is a former model agency booker, and her dad has been working as an actor for quite a long time now. At the beginning of his career, he did modeling for several brands throughout the USA, Europe, and Japan.

After Eva Chambers’s father Justin decided to start his acting career, he moved to New York and studied drama at HB Studios. Then, he slowly started acting in many movies and series. Although he has already acted in more than dozens of films and series, he achieved the breakthrough in his career when he was cast as a surgical intern in Grey’s Anatomy, ABC’s popular medical drama series.

The series has helped Eva’s papa achieve significant success and wealth. He has also garnered several accolades for his performance.

Despite the fame that Eva has achieved, she prefers a private life away from the media and the limelight. Unlike her sister, Kaila, she is not that active on social media and is seen rarely talking about her personal life in public. Nevertheless, at times, she is spotted with her father at several events and programs.

Nonetheless, we can hope to know more about Justin Chambers’s daughter, Eva Chambers, in the future.

The name Eva has a Hebrew origin, and it means “Giver Of Life.”