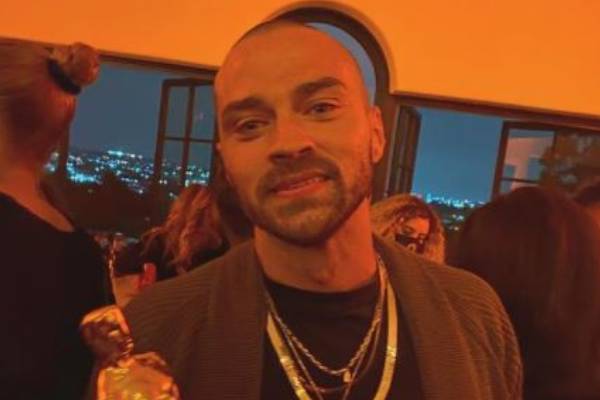 American actor Jesse Williams was married to his former wife, Aryn Drake-Lee, for eight years. And in those years of marriage, they became doting parents of two beautiful children, including Sadie Williams. Due to her father’s popularity, Sadie has been in the news for many years.

As mentioned earlier, the handsome 40-year-old actor Jesse Williams was married to Aryn Drake-Lee for almost a decade. In the years of their marriage, they had two children, a son, and a daughter. They welcomed their only daughter, Sadie Williams, on 6 December 2013.

Jesse Williams and Aryn Drake-Lee got married on September 1, 2012. The duo first met in New York in 2007 when Jesse was working as a high school teacher. They dated for five years before exchanging the vows. Williams and Drake-Lee tied the knot in an intimate and romantic ceremony attended by their family and friends.

However, Sadie Williams’s parents’ marriage could not last long. In April 2017, Jesse filed for divorce from his estranged wife, but their divorce was finalized three years later, in October 2020. According to the divorce agreement, the former couple shares joint legal and physical custody of their children. Similarly, they must speak to each other before posting any photos of their children on social media.

Furthermore, Sadie Williams’s father, Jesse, will have to pay $40,000 in child support every month. He was also ordered to pay over $100,000 in two upcoming spousal support payments. Talking about the assets, Aryn continues to own their home in Los Angeles while the former pair kept their respective vehicles.

Moreover, Jesse did not have to split the profits worth $936,810 that he made in Grey’s Anatomy since their separation in 2017. Also, in 2022, Jesse asked for the amount of child support to be modified as he has left the show. He stated that Grey was his primary source of income and since leaving the show, his fluctuating income has made it hard to pay the previous amount.

Before their divorce was finalized, Sadie’s parents were involved in a legal battle on who will get to spend the weekend celebrating her birthday in December 2019. Aryn argued that she gets to keep Sadie during her birthday weekend as she missed some mother-daughter time due to a work trip that she took. Well, it was later revealed that the work trip was a yoga retreat in India.

Thus, the court allowed Jesse Williams’s daughter, Sadie to spend the weekend with him. They cited that there was no connection between Aryn’s yoga trip and work.

But it seems like the legal trouble between Sadie’s mother and father is unending. While they reached an agreement on the payment and other details, Aryn is now asking for primary custody of the little ones. Sadie’s mom has accused her father of making the kids’ life difficult and asked to strip Jesse from joint custody.

Furthermore, Jesse Williams was accused of hiding a dog attack on Sadie from Aryn. Also, the little ones’ mom stated that she feared for her safety due to the Grey’s Anatomy actor’s erratic behavior..

On the other hand, Jesse has accused his ex-wife of being erratic and controlling. He has requested the court to deny Aryn’s demand of primary custody and also charge her a certain amount for dragging him to court multiple times.

Sadie Williams’s parents went through an ugly divorce and are still fighting legal battles due to their disagreements. But we hope that the former couple keeps their kids’ interests at heart and end their fights soon.

Sadie’s Father Is A Renowned Actor

As mentioned above, Sadie Williams’s dad is a well-known actor. In 2005, he started studying acting and was chosen as one of the 14 actors to participate in the New York Actors Showcase presented by ABC Television. Since 2006, he has appeared in dozens of movies and television series. Apart from an exemplary acting career, he also established a production company, farWord Inc., in 2012.

Jesse’s career flourished when he was cast as surgical resident Jackson Avery in the famous medical drama series Grey’s Anatomy. The show has helped him and other actors like Ellen Pompeo, Justin Chambers, Chandra Wilson, etc., gain immense fame and fortune. In addition, Sadie Wiliams’s father has also garnered several awards and accolades because of his role.

Furthermore, Sadie Williams comes from a big family. She has loving grandparents, Reginald Williams and Johanna Chase from her dad’s side. Sadie and her brother are undoubtedly the apple of Reginald and Johanna’s eyes. Also, she has two uncles aka Jesse Williams’ brothers, Coire Williams and Matt Williams with whom she has a close bond.

Unlike her father, Sadie Williams’s mama has a different profession. She is a real estate broker at Urban Compass. Similarly, Aryn co-hosts the podcast BBSARETRASH (Babies Are Trash) with her fellow mom-friend, Trian Long-Smith. The podcast covers several topics like ugly truths of childbirth, marriage, and many others.

Going through her Instagram, we can see that Drake-Lee advocates womanhood and even talks about motherhood.

Sadie’s parents are raising her and her brother with immense love and care. Jesse and his ex-wife have kept their children away from the media and the limelight. Despite their disputes, they are excellently raising and caring for their children.

Nevertheless, we can hope that Jesse Williams’s daughter, Sadie Williams, has a great future ahead.

The name Sadie has an English origin, and it means “Princess.”