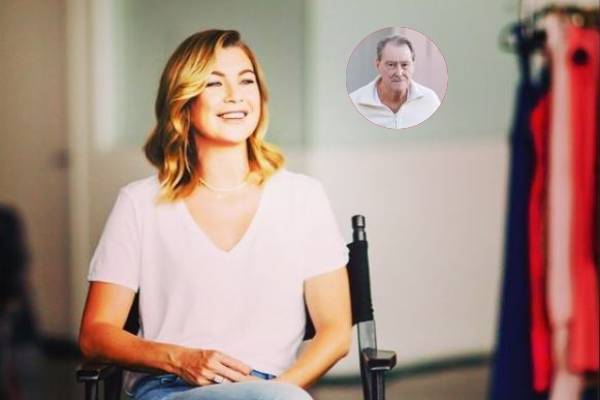 Ellen Pompeo, born Ellen Kathleen Pompeo, is a popular American actress who gained fame through her title character, Meredith Grey, in ABC’s popular medical drama series Grey’s Anatomy. She currently shares a beautiful marriage with her husband, Chris Ivery. They together are living their best life with their three children.

Ellen’s Mother Passed Away When She Was Four

Sadly, Ellen lost her mom at the tender age of four. Her mother, Kathleen Pompeo, was 39 at the time of her death. She died due to an accidental painkiller overdose. At the age of 16, Kathleen suffered a terrible accident when a drunk driver hit her car and threw her 27 feet into the air. Following the accident, she was admitted to the hospital and put on morphine which gave birth to her addiction.

Although Ellen Pompeo’s mother got out of the hospital, she still had chronic back pain. Due to this, she had to take the painkiller, and during that one time, she accidentally overdosed on the medicine.

In one of the interviews, Ellen admitted how she felt resentment towards her mother, who left her at such a young age. During her teenage days, Pompeo was very angry with her mother for leaving her. And her anger came from a completely ignorant place as she had no understanding of what addiction and pain are. But Kathleen Pompeo’s daughter has now grown up and understands her pain.

Following her mother’s death, Ellen Pompeo’s father, Joseph E. Pompeo, married Sheila Lubell Pompeo. He was a salesman. However, according to some sites, he was also a Korean Army Veteran.

Sadly, Ellen lost her father on September 1, 2012. His funeral was held in the Immaculate Conception Church in the Interment Woodlawn Cemetery on September 7, 2012. His wife, Sheila, his children, and other relatives attended the funeral.

Pompeo’s parents, Kathleen and Joseph, welcomed six children in their marriage. Among them, the popular actress Ellen Pompeo is the youngest. She grew up with her siblings in Boston. She has three elder sisters, Maureen Pompeo, Kathy Pompeo, and Suzanne Pompeo, and two older brothers, Joey Pompeo and Dean Pompeo.

In one interview, Kathleen and Joseph’s daughter, Ellen revealed that as a child, she was being shuffled amongst various relatives and babysitters. This was because her sisters and brothers were smoking pot and watching The Three Stooges rather than looking after her.

Their Youngest Child Is A Renowned Actress

Amongst their six children, Kathleen and Joseph’s youngest child, Ellen Pompeo, is a successful actress. She came into prominence through her role as the title character in Grey’s Anatomy. She has accumulated several awards and accolades for her performance and has also amassed enormous fortune to her name.

The popular actress also gets credits for several other roles in different movies like Life of the Party, Art Heist, Daredevil, Undermind, Moonlight Mile, and many others. Similarly, she has also made an appearance in television series like Repeat After Me, Grey’s Anatomy, Station 19, The Job, and many others.

Kathleen and Joseph’s daughter is one of the most successful and highest-paid actresses in Hollywood. Moreover, she is currently living a comfortable life with her husband Chris Ivery and three children, Stella Luna Pompeo Ivery, Sienna May Pompeo Ivery, and Eli Christopher Pompeo Ivery.

The late couple’s other children seem to be doing fine. They prefer to live a private and simple life, away from the media and the limelight, so not much is known about them.

Nevertheless, Ellen Pompeo’s parents must be proud looking at what their daughter has achieved.