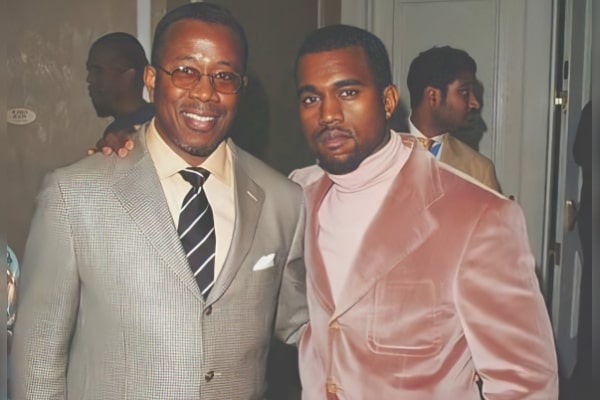 The 72-year-old may have had only one son but is blessed with four grandchildren, i.e., North West, Saint West, Psalm West, and Chicago West. The rapper’s fathers’ journey in life has been quite interesting as he was involved in many things.

So without any further ado, below, let’s took at seven interesting facts about Ray West and get to know him better.

Was Married To An English Professor

Ray West was once married to Dr. Donda C. West, an English professor at Clark Atlanta University. Ray and Donda were blessed with only one child and were residing in Atlanta, Georgia.

Kanye’s mother was also the chair of the English Department at the Chicago State University. After retiring, she would serve as the manager for her son. Ray’s wife was also a teacher at Nanjing University as part of an exchange program.

Sadly, the Yeezy creator’s parents divorced when he was just 3 years old. Referring to a couple of the rapper’s songs, the main reason for their separation was due to financial issues.

The father of four would move with his mother but would spend the summers with his father.

Member Of The Black Panther

Kanye West’s father, Ray West, was also a member of the Black Panther Party in the 60s and 70s. Originally founded by college students Huey P. Newton and Bobby Seale, the party was at its height from 1966 to 1982.

The details regarding Ray’s involvement with the party are undisclosed. Since the group was known for its brutal ideologies like anti-fascism, anti-imperialism, anti-racism, anti-capitalism, black pride & power, and black nationalism, we can assume Ray was also into such beliefs.

The First Black Photojournalists Of The Atlanta Constitution-Journal

After his run with the Black Panther Party, Ray West became the first black photojournalist of the Atlanta Constitution-Journal. It is the only major daily newspaper in the metropolitan city of Atlanta, Georgia, and was established in 1868.

His most prolific photographing moment might be capturing the former U.S. President Ronald Reagan and American poet Maya Angelou. Ray’s photography sense was considered one of the best during that era.

Despite having all his pictures in black & white, Kanye West’s father, Ray West, captured emotions and depths in his photography.

As mentioned above, similar to his son, Ray West had his hands on multiple ventures. Aside from photography, Kanye’s dad also opened a Good Water Store and Café in Maryland in 2006.

The Heartless singer had apparently lent money to his father to start things off. Further details regarding the Maryland store remain a mystery as Ray moved into other ventures.

The former Black Panther member was also a Christian marriage counselor once and a medical illustrator.

He Appeared In His Son’s Music Video

The father-son duo appeared alongside each other in the music video for “Follow God.” The lyrics and the video made it very clear from the very beginning that it was a tribute to the rapper’s father.

Kanye recalls his early life as the motivation for the song and focuses on how his father was always there for him, but he was never grateful for it.

The video shows the rapper bonding with his father, who once tried to talk him out from supporting former U.S. President Donald Trump. The video is shot in Kanye West and his ex-wife Kim Kardashian’s ranch in Wyoming worth $14 million.

The Rapper Has A Couple Of Songs Dedicated To Father Ray

Kanye’s life story has been an open book as his songs tell most of his life stories. From experiencing heartbreaks, struggles, and comebacks, the 44-year-old has mentioned it all. By looking into some of his song lyrics, people learned much more about his personal life.

In his song “Father Stretch My Hands Pt. 1.”, Kanye rapped about how financial issues led to his parent’s divorce. Similarly, in his song “Champion” from Graduation, the singer raps about how he was never thankful to his father.

In addition, Ray West has always been a huge supporter of his son’s music.

Ray & His Son Have Come Closer Over The Years

Kanye West and his father, Ray West, have become close despite not being in touch for years. The “Stronger” singer was always with his mom in his early days and was heartbroken when she passed away untimely in 2007.

Ray West and his son only became close after her death. Kanye once mentioned it took him 42 years to realize that his father was his best friend.

Nonetheless, Ray West has been the biggest supporter of his son despite previously not being in touch with each other. Kanye recently parted ways with his wife, Kim, so, we can assume that his father is by his side helping him get through the difficult time.