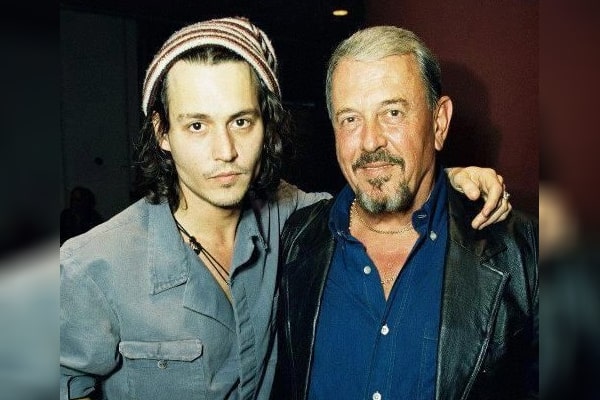 The 57-year-old is one of the biggest Hollywood stars who compete with the likes of Leonardo DiCaprio, Russell Crowe, Christian Bale, and Tom Hanks, to name a few.

Surprisingly, Johnny Depp’s father, John Christopher Depp, worked as a civil engineer and had no involvement with the showbiz industry. Details regarding the Pirates of the Caribbean actor’s father remain in the shadow despite his son being one of Hollywood’s heartthrobs.

This article will look into Johnny Depp’s father, John C. Depp, and get to know him.

Johnny Depp’s Father Was Married To A Waitress

John Christopher Depp was married to Betty Sue Palmer, with whom he was blessed with three children. As Johnny Depp’s father was a civil engineer, falling in love with someone from a different sector was very rare back in the day.

The Edward Scissorhands actor would spend most of his childhood with his mother as his father was mostly absent. As Depp grew up in single parenthood, he was influenced into drugs and alcohol, which haunts him to this day.

Depp’s parents would part ways in 1978 when he was 15, and his mother would later re-marry Robert Palmer. John Christopher’s ex-wife was diagnosed with cancer in 2013 and passed away in 2016. Their son, Johnny Depp, had both positive as well as negative words for her at her funeral.

More Than A Civil Engineer

Johnny Depp’s father John Christopher Depp earned his name for his public works rather than being an engineer. After working in the civil engineering department in the ’60s, John later transitioned into the public work sector.

John took a job as public works director for the city of Miramar and by 1979 he joined the APWA. He served for 15 years and continued to be part of the APWA family by even sponsoring its trade show and various other events.

Depp’s father’s hard work and passion for public work made him become one of the prominent members of the association and also became its lifetime member. In 2012, the civil engineer received Anthony W. Leffin Lifetime Achievement Award and was announced by his son.

Johnny Depp grew up in a frequently moving family, due to which he was able to experience many places before finally settling in Miramar, Florida.

His first daughter Christi Dembrowski is married to Daniel Dembrowski and is a film producer, mostly her brother’s movies. Some of them are Waiting for the Barbarians, Rango, Alice in Wonderland, Public Enemies, and Once Upon a Time in Mexico.

John Christopher Depp must be a proud father of his children’s accomplishments. Johnny Deep also has a half-sister, Deborah Palmer or Debbie Depp, from his mother’s side.

Inspired More By His Step Father

The guitarist of Hollywood Vampires is more inspired by his stepfather rather than his biological father. Robert Palmer, Depp’s stepfather, who died in 2000, had a criminal past and had served time behind bars.

The 57-year-old actor for his role in Public Enemies was able to take inspiration from his old man. As a result, Depp provided more depth in his portrayal of a real-life gangster after getting his hands on a couple of his stepdad’s criminal documents.

Along with his band, he even performed in 2016’s Grammy Award, which was a toast to his late stepdad. The song “As bad as I am”  was written by Johnny himself for his stepdad.

Also Read: Willard Carroll Smith Is A Refrigeration Engineer & The Father Of Will Smith

Absence Of Father, Reason Behind A Disturbed Upbringing?

Johnny Depp is not someone new to be surrounded by controversies. His legal battles have cost him tons of fortune and big movie roles such as the Fantastic Beasts franchise.

The actor even had a public confrontation with his ex-wife Amber Heard that resulted in damaging both their careers. However, we wonder whether all this drama would have been there if his father was present to guide him.

Johnny Depp’s father, John Christopher Depp, was always away from his son. There are hardly any pictures of the civil engineer and his son together as the A Nightmare on Elm Street actor isn’t much open about his father.

On the other hand, his stepdad was also away for most of his life, doing his time in the Statesville prison. Things would not have had certain turmoil if Johnny Depp had a father figure present in his life.

Furthermore, in April 2022, during the defamation trial against Amber Heard, the actor revealed shocking details about his relationship with his parents.

Johnny was looked after by his mother, who gave him irrational beating all the time. Not only that but, after the divorce, his mother fell into a dark period and she used to overdose on pills. The actor’s mother whipped with a belt, as well as other forms of both physical and psychological abuse.

After going through continuous abuse, the actor disclosed that he also began to use drugs to numb the things that he was feeling because of trauma. When Johnny’s mother passed away in 2016, he described her as one of the meanest humans he had ever met in his life.

Although the actor thinks his dad was a coward to leave his family, he appears to have forgiven him and also addressed him as a “good man”.

Nevertheless, Johnny Depp’s father, John Christopher Depp, may have been his biological pop but was always overshadowed by his son’s love for his stepfather.