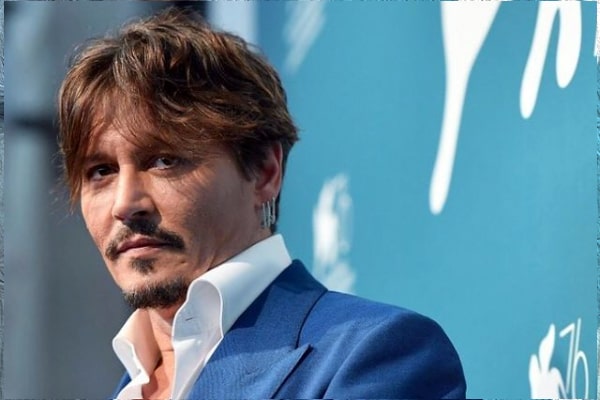 Johnny Depp is an American actor nominated for ten Golden Globe Awards. Besides having an impressive career, he also comes from a beautiful family and has three siblings, including Debbie Depp.

Johnny Depp’s sister, Debbie Depp, is a private person but rose to fame because of her brother’s popularity. Regardless, Debbie is a person to look out for. Thus, read until the end to find out about her life and whereabouts.

Born To Betty & Her First Husband

Debbie Depp is the second oldest child in the Depp family. She was born to Betty Sue Palmer and her first husband, who died when Depp was young.

Furthermore, The Tourist actor, Johnny Depp’s sister, Debbie Depp, and her older brother, Daniel Depp, do not have that big age gap since he was born on November 14, 1953. Likewise, Depp’s parents divorced when she was very young.

Moreover, Debbie’s mother was not close to their biological father. Hence, the Depp siblings were raised by her mom single-handedly before remarrying.

Debbie Depp’s mother, Betty Sue, remarried Johnny Christopher Depp and welcomed two more babies, Christi Dembrowski and Johnny Depp. Before welcoming two kids of their own, Debbie’s step-father, John, adopted her and her brother to raise as his own.

Later, in 1978 Debbie’s mother and step-dad ended their marriage and walked in different ways. After the divorce, her mother started to take drugs and she developed abusive nature.

Debbie’s half-brother disclosed that he took drugs as a means to cope with the trauma when he was little. Johnny described his mother as one of the cruelest humans he has ever met in his life.

Thus, despite having traumatic childhood Debbie and her siblings have grown up to be amazing adults.

Very Private About Her Whereabouts

Although she rose to fame as Johnny Depp’s sister, Debbie Depp likes to keep her whereabouts private. She is not present in any form of social media and rarely appears on any shows.

Moreover, Debbie scarcely appeared on red carpet events, and hence, we do not know where and what she’s up to. Despite the privacy, she must be having a rad time with her own family.

Although Debbie is very secretive, she did appear in a few events with her family. Furthermore, she still lives in Lexington and works as an elementary school teacher.

Moreover, Debbie is also married and has two grown kids who also prefer to maintain an extremely private life.

Nevertheless, while Debbie stays silent, her half-sister and brother & half-brother are doing very well with their lives.

Christi further worked on a handful of movies as an additional crew and produced a few films. As she worked for Nihil, she also got involved in a financial suit. Likewise, Debbie’s half-brother, Johnny, loaned her $7.1 million.

On the other hand, Debbie’s brother, Daniel Depp, is the author of four books. He published his first book, Loser’s Town, in 2009 and dedicated it to Johnny Depp.

Need not mention Debbie’s half-brother, Johnny Depp, who has been ruling Hollywood since the 90s. Moreover, he also plays bass guitar. However, Debbie Depp’s half-sibling is also known for his high-profile relationships and divorce with Amber Heard. Moreover, she had testified as a witness in the defamation case of her half-brother.

Despite the controversies and family feud, the Depp siblings seem to have a strong bond, thanks to their struggling childhood. As of now, Depp’s sister must be living in silence, happily away from the limelight.