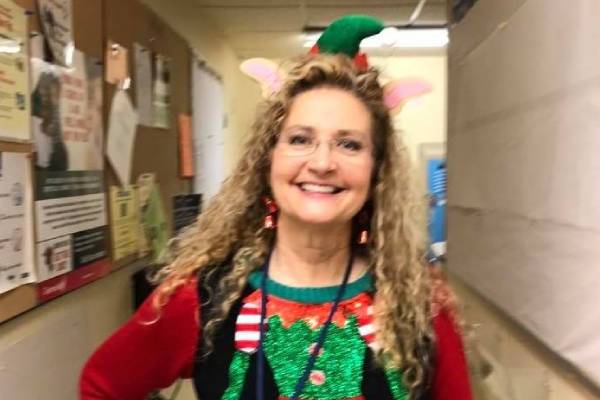 Patrick Dempsey's sister, Mary Dempsey is one of the founding members of the cancer center that she and her siblings created. Image Source: Mary Dempsey Facebook.

Mary Dempsey first gained fame as the renowned actor Patrick Dempsey‘s sister. She grew up in Mayfield with her siblings and assists people with cancer.

Patrick, the doting father of a daughter and twin sons and a loving husband, is the younger brother of Mary. Their parents raised them with immense love and care.

For now, let’s learn in detail about Patrick Dempsey’s sibling, Mary Dempsey, and her whereabouts.

Is The Middle Child Of Her Parents

As mentioned earlier, Mary Dempsey is one of the three children of her parents. Mary was born in September 1960 to her mother, Amanda Dempsey, and her father, William Allen Dempsey.

The Dempsey family patriarch was an insurance salesman, but sadly, he passed away when Patrick was seventeen. On the other hand, Mary’s mother, Amanda Dempsey, was a school secretary. After William’s death, Amanda got married to Howard Lowell and stayed with him till her death.

The eldest Dempsey sibling, Alicia, is married to Doug Hatten and works as a teacher. Similarly, Mary Dempsey’s brother, Patrick, is a renowned actor and racing driver. He shares a blissful marital life with Jillian Fink and has three children, Talula Fyfe Dempsey, Darby Galen Dempsey, and  Sullivan Patrick Dempsey.

Is One Of The Founding Members Of Dempsey Center

Patrick and Alicia Dempsey’s sister, Mary Dempsey, is one of the founders of the Dempsey Center, then called Patrick Dempsey Center for Cancer Hope & Healing. It is a cancer center that she and her siblings founded in 2008 in honor and from the inspiration of their mother’s personal battle with cancer.

Mary Dempsey’s mom, Amanda, was diagnosed with ovarian cancer in 1997, which she battled for 17 years. Amanda’s cancer relapsed five times, and on March 24, 2014, sadly, the Dempsey siblings lost their mother.

The center was created in partnership with Lewiston to help and support cancer patients and their families. It had an annual budget of about $2.2 million in 2017. Also, the center employed 20 staff who provides free cancer support, complementary therapies, and education to every patient no matter where they live and regardless of which hospital they are receiving treatments from.

The center was a department of CMMC, owned by Central Maine Healthcare but formally separated in the late 2010s. Following the separation, the center became its own nonprofit and merged with the Cancer Community Center in South Portland.

However, Mary left the center in December 2017, before their official separation from CMH. In an interview with Sun Journal, she mentioned that she took the decision to pursue other opportunities. However, Dempsey admitted that the center will always be in her “heart and soul.”

Mary Dempsey worked at Center Maine Medical Center for years before founding the Dempsey Center at the hospital. Therefore, she left the center as well as the hospital system after 37 years. Afterward, she focused on Laughter Yoga, and in November 2017, she traveled to India, where she trained with Madan Kataria, founder of laughter Yoga.

Now Mary is a certified Laughter Yoga instructor, and she has talked about her plans to start the Yoga work with veterans. Furthermore, she started working as an executive director at Cancer Resource Center of Wester, Maine, in April 2018. Likewise, in October 2018, she started her work as Director of Activities and Recreation at Marshwood Healthcare.

In May 2014, Mary testified at a U.S. Senate Committee hearing on cancer research. She received an honorary doctor of public service degree from St. Joseph’s College for her service.

Taking into regards to all the work she has done over the years, it is clear that Patrick Dempsey’s sister is doing really well in her profession.

Is The Proud Mother Of A Daughter

Apart from her successful professional life, Mary is also a doting mother of a beautiful daughter, Nicole Chamberland. Mary’s beautiful daughter won Miss Maine for America 2020. She was crowned by the 2019 winner, Jenna Richardson. She has even participated in the 2019 event and was placed in the top five of all contestants.

While Mary and her daughter, Nichole, are both in the spotlight due to their respective professions, there is no detailed information about Nichole’s father. In an interview after winning the Miss Maine title, Nichole mentioned her father and stepmother. Whether Mary and he were ever married is unknown, but it seems like her ex-partner has moved on with his life.

As for her love life, Mary Dempsey’s daughter, Nicole, is set to tie the knot with her boyfriend, Ethan Evans. They got engaged in December 2020 and shared the news on Evans’ Facebook. They are gracefully taking care of their son.

Patrick’s sibling, Mary, seems to be doing really great for herself. Let’s hope we get to know more about her in the future.