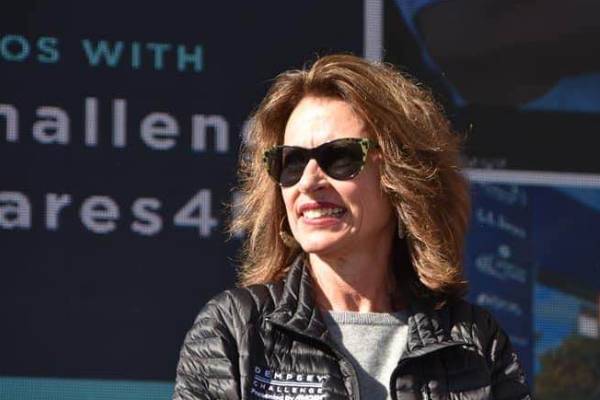 Alicia Hatten grew up in Mayfield, Maine, USA. As the eldest child of her parents, Alicia grew up having great childhood with her siblings. She is well-known as Patrick Dempsey‘s eldest sister.

The doting father of three children, Patrick, is exemplarily handling his professional life and dad life. Just like him, Alicia is also successful in her profession.

For now, let’s learn in detail about Patrick Dempsey’s sister, Alicia Hatten, and her whereabouts.

Is The Eldest Child Of Her Parents

As mentioned earlier, Alicia Hatten is one of the three children of her mother, Amanda Dempsey, and her father, William Allen Dempsey. She was born in April 1959 in Buckfield, Maine, USA. Alicia Hatten’s mom was a school secretary, and her dad was an insurance salesman.

Sadly, Hatten’s dad passed away in 1983, and her mom got married to Howard Lowell in 1994. Howard had eight children from his first marriage.

One year after her birth, Alicia Hatten’s parents welcomed their second daughter, Mary Dempsey. Similarly, Amanda gave birth to her son, Patrick Dempsey, on January 13, 1966. The three siblings might have had a great time while growing up.

Alicia Hatten’s sister, Mary, is now a certified Laughing Yoga instructor. According to her LinkedIn, she also works as an executive director at Cancer Resource Center of Wester, Maine.

Furthemore, since October 2018, Mary is the Director of Activities and Recreation at Marshwood Healthcare. She is also a proud mother of a daughter, Nicole Chamberland.

Talking about Alicia Hatten’s brother Patrick, he is a renowned actor who has gained huge fame and fortune to his name. He lives a comfortable and lavish life with his wife, Jillian Fink, with whom he shares three children, Talula Fyfe Dempsey, Darby Galen Dempsey, and Sullivan Patrick Dempsey.

Is One Of The Founders of the Dempsey Center

Alicia Hatten and her siblings founded the Dempsey Center in 2008. At the time of establishment, the center was named The Patrick Dempsey Center for Cancer Hope & Healing. It was created in partnership with Central Main Medical Center (CMMC) in Lewiston to assist cancer patients and their families.

The Dempsey Center was founded by Alicia and her siblings in honor of their mother, Amanda Dempsey. Alicia’s mom was diagnosed with ovarian cancer in 1997, and that cancer relapsed five times. Inspired by their mother’s personal battle with the disease, the three siblings helped found the cancer center. Their mother battled the disease for 17 years and breathed her last breath on March 24, 2014.

As of the summer of 2017, the Dempsey Center had an annual budget of $2.2 million and employed 20 people, and in a year, it served more than 40,000 people. It provides complementary therapies, free cancer support, and education regardless of where the patients receive treatment and where they live.

As mentioned earlier, the center is the department of CMMC, which is owned by Central Maine Healthcare (CMHC). In 2017, the center separated from CMHC to become an independent nonprofit. Following the separation, the center planned to merge with Cancer Community Center, a 19-year-old South Portland nonprofit.

Although Alicia Hatten’s sister, Mary, left the center, she and Patrick are still involved with the center and conduct the annual Dempsey challenge. The Dempsey Challenge is an annual run, walk, and cycle fundraising experience presented by Amgen. The fund raised there benefits the Dempsey Centers, which will assist them in providing free cancer support costs to their clients.

Alicia is currently enjoying her blissful married life with her husband Doug Hatten. The couple might have been married for a long time. Alicia Hatten’s husband goes on fishing trips with her and Mary. However, much information about her children has not been revealed yet.

Unlike the popular actor, Patrick Dempsey’s eldest sibling, Alicia Dempsey, is a private person.  Despite the fame of her brother, Alicia prefers to keep her personal life away from the media. She might be living a happy and great life with her husband. We can only hope to know more about Alicia Hatten in the future.